God's Not Dead: A REVIEW and a question to consider 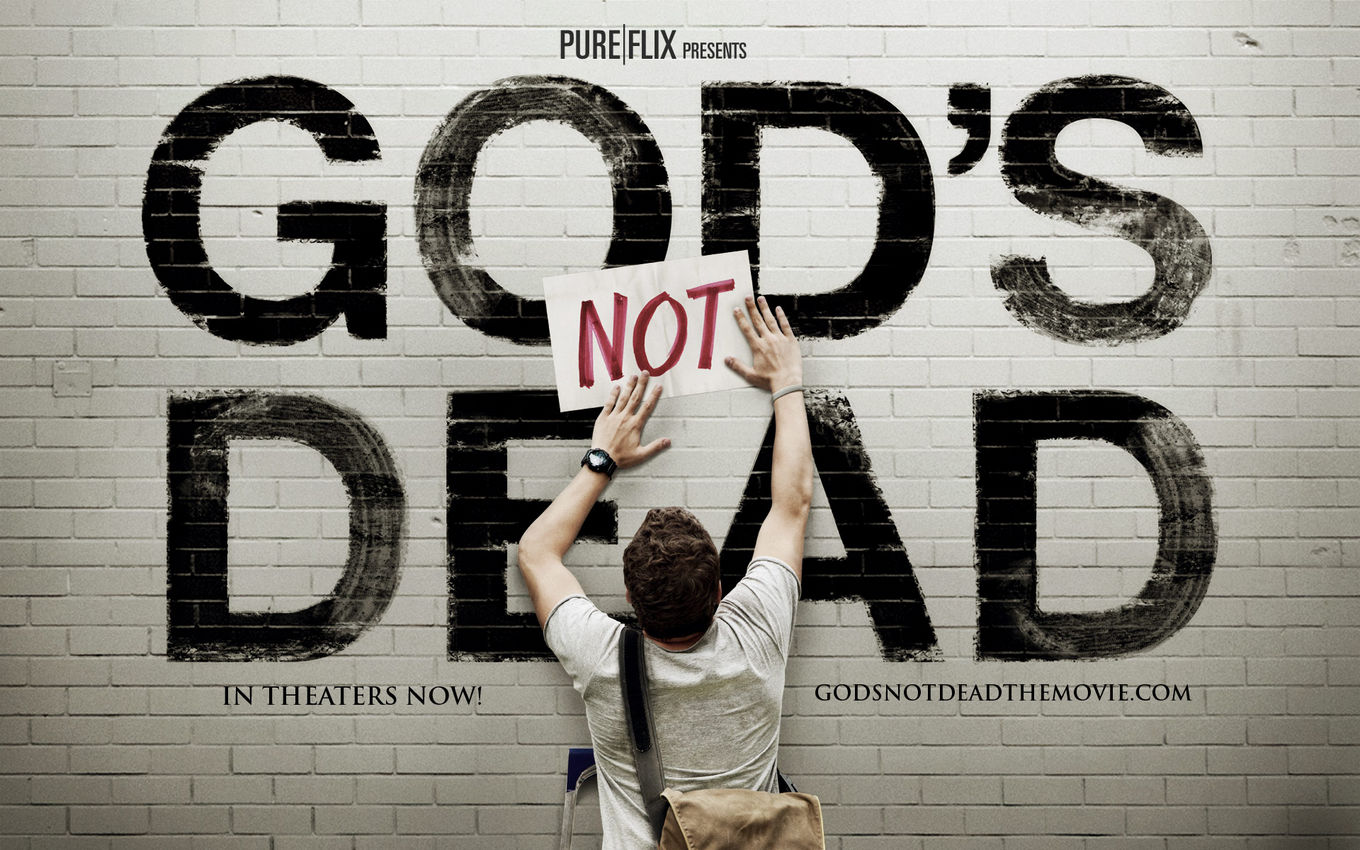 If you’ve seen God’s Not Dead, read on. If not, it’s well worth the price of a movie ticket, so stop reading and go see it.

First, may I just say, Duncan Phillips is absolutely adorable.

Now, with that out of the way… God’s Not Dead is a powerful movie. The pacing is awful, the story is told through dialog with very little action (except the one random hit-and-run), and the characters are stark and stereotypical with no subtlety — either they’re good, or downright evil. Yet, for all its glaring imperfections, the message comes across clear and beautiful.

The message describes God as being the first choice…

The main plot of the movie follows college student Josh Wheaton and his confrontation with Professor Radisson. What starts out with Josh refusing to write three simple words spirals into humiliation in front of the class, his girlfriend dumping him for jeopardizing her ideal future, and the possibility of failing his psychology class and Professor Radisson ruining his chances for law school. A fellow student, Martin, starts to question what he thought of God, but there isn’t anyone to answer his questions — his father in China forbids him to speak of it, fearing for his brother’s scholarship.

Both Josh and Martin come to realize that their relationship with God is more important than pleasing others, bright futures, and personal comfort. God’s Not Dead.

…and the last resort.

On the other hand is Amy, a liberal atheist who rather enjoys the disgust she finds in Christians. She chases celebrities around, demanding to know how they could be so foolish to believe in a God, and mocks them in the form of a blog post. Then she finds out she has cancer. Her boyfriend, a successful businessman, dumps her when he realizes there isn’t anything more he can get from her. Suddenly God doesn’t seem like such a bad idea anymore.

Amy’s final Christian target is the Newsboys. She confronts them right before a concert, but the sarcasm she uses so often just doesn’t have the same sting. They can see that she is hurting and push back the concert a few moments to pray with her, and she feels real peace for the first time. God’s Not Dead.

The message is one of grace.

The pastor, the missionary, and the professor. That’s an interesting premise for a movie of its own, right there.

Professor Radisson hates God. He is a bitter, toxic person who hurts and hates everyone he meets, except for his fellow enlightened professors. But when asked how he could hate a God that doesn’t exist (cue the loudest you-just-got-burned sounds ever heard in a movie theater), none of his knowledge can provide him with a single intelligent answer. His heart knows God is alive. 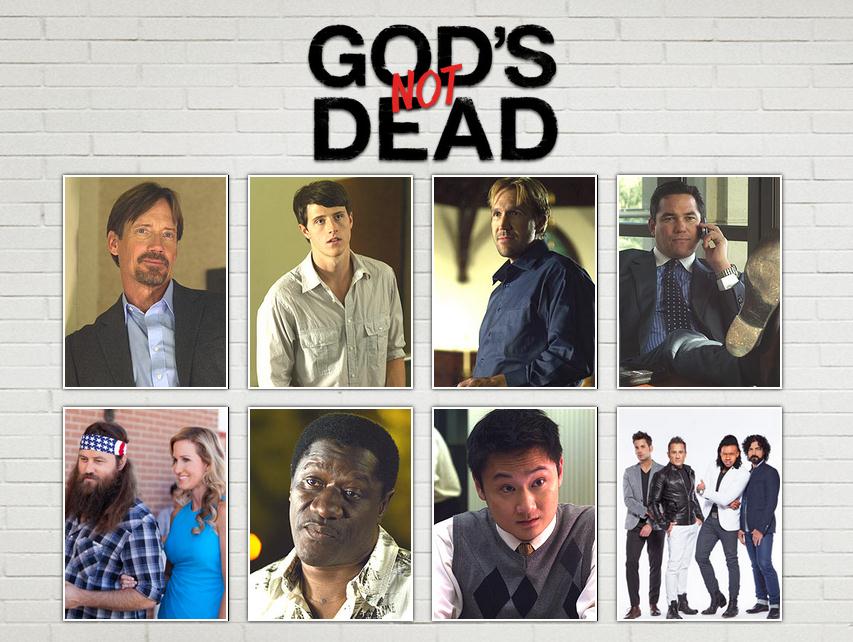 Pastor Dave is God’s faithful servant, though perhaps not as eager as Reverend Jude. Car troubles keep them from going on a trip, leaving Jude mildly disappointed and Dave’s faith tried, but the delay makes Pastor Dave available as a listening ear to those struggling around him. When they finally do hit the road, the traffic caused by the Newsboys concert frays the few threads of patience Dave has left — and delays them just long enough to witness the hit-and-run that leaves Professor Radisson dying.

Any change in the frustrating chain of events would have left Radisson without prayer, without a hand to hold, without hope. Pastor Dave picks up Reverend Jude’s motto of, “God is good, all the time.” God’s Not Dead.

The message is one of forgiveness.

I believe the most powerful scene is when the cultural muslim girl is confronted by her father about her faith. A roller coaster ride of emotion follows the confrontation — Ayisha refuses to deny Jesus, her brother watches on in horror as their father drags her out of their home, and the door is locked behind her. It would have been so easy to keep the black-and-white characters they had built so far and leave the father angry and evil, but he collapses on the staircase in heart-wrenching sobs. He loves his daughter and aches to forgive what he believes is a horrible mistake, but his religion forbids it.

Ayisha knows that Jesus died on the cross to pay for her sins. She is forgiven — not by her father, who had no power to do so, but by her Father — Who is very much alive. God’s Not Dead.

The message is one of unconditional love.

Mina is alone. She has a business-consumed brother, a boyfriend who constantly belittles her, and a mother who more often than not doesn’t remember she’s a mother. But she’s not alone. God is her comfort. God’s Not Dead.

The message is one that should be proclaimed.

All of these characters had one thing in common: God was — or became — everything to them. There was nothing in their lives more important than Him.

It’s so easy to relate to these characters. We feel frustrated with Josh, burdened with Ayisha, empty with Mina. But the truth is, the one most of us can identify closest with is Mark.

Amy’s boyfriend. Mina’s brother. The man who was raised in a Christian family, but was more interested in his own plans than the things God had in store for him. Mark realized that he was a horrible person, and he didn’t deny God’s existence, but it didn’t seem to weigh too heavily on his mind. He simply didn’t have time for God.