In the midst of what may be a hectic, difficult, or perhaps even calm and refreshing week for some, we want to give you a chance to dive back into the songs we sang together this past Sunday, as well as be refreshed by some of the scriptures that inform them!

We hope you are encouraged by the truths that you hear and read below.

Jesus Paid It All

“Come now, let us reason together, says the LORD: though your sins are like scarlet, they shall be as white as snow; though they are red like crimson, they shall become like wool. (Isaiah 1:18) 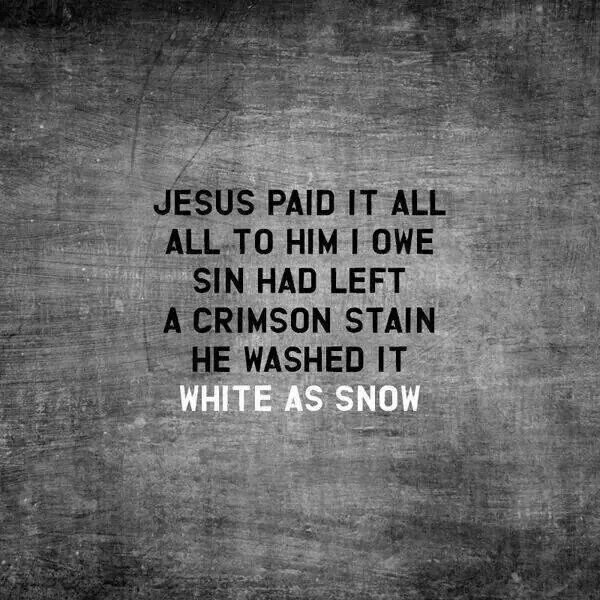 "...who, though he was in the form of God, did not count equality with God a thing to be grasped, but emptied himself, by taking the form of a servant, being born in the likeness of men. And being found in human form, he humbled himself by becoming obedient to the point of death, even death on a cross. Therefore God has highly exalted him and bestowed on him the name that is above every name, so that at the name of Jesus every knee should bow, in heaven and on earth and under the earth, and every tongue confess that Jesus Christ is Lord, to the glory of God the Father." (Philippians 2:6-11)

And now, O Lord GOD, you are God, and your words are true, and you have promised this good thing to your servant. (2 Samuel 7:28)