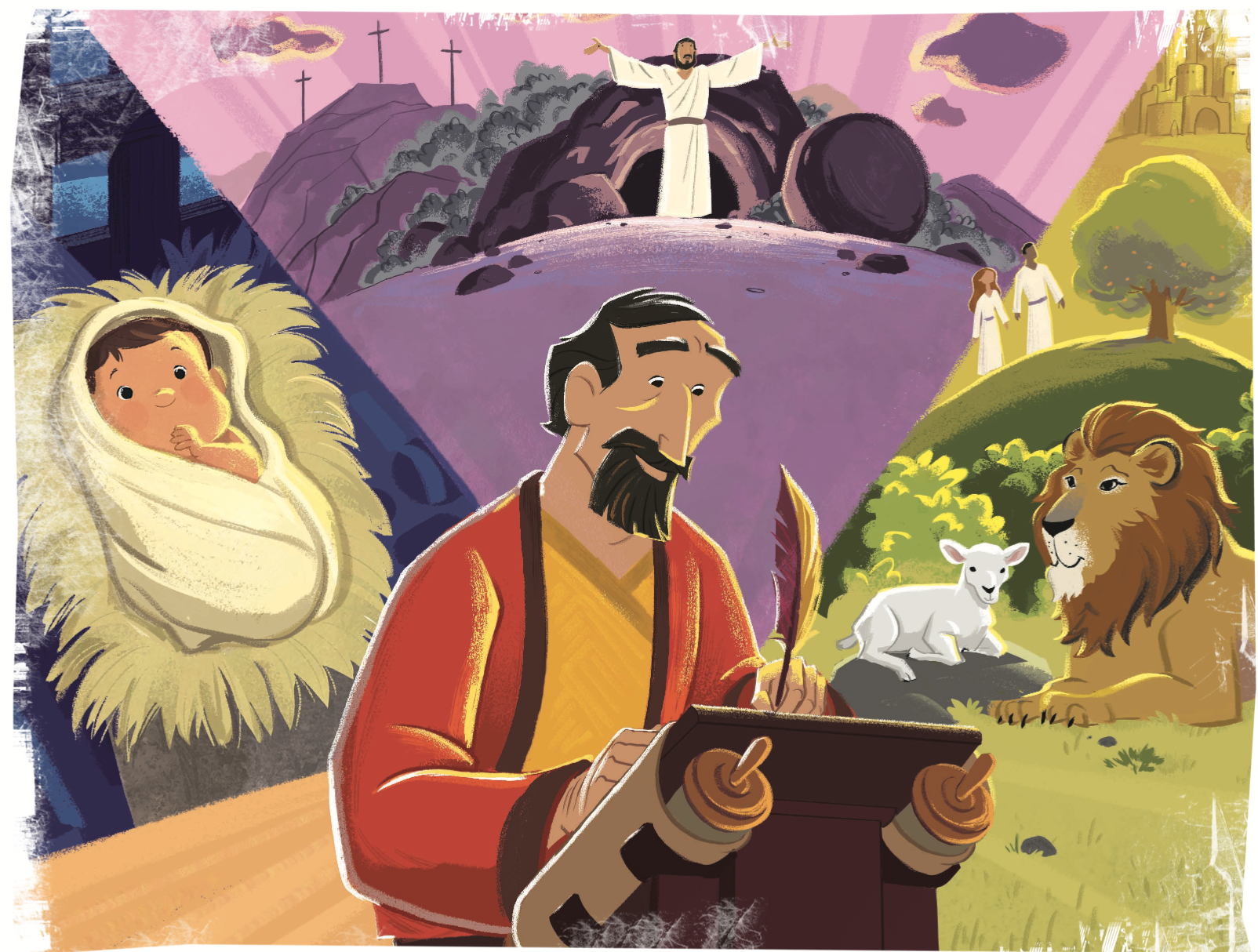 Yesterday and next week, we step out of the Bible’s big story chronology to celebrate Christmas. This week we remained in the Old Testament to learn about Jesus’ birth from the prophet Isaiah.

Isaiah’s name means “Yahweh is salvation.” God called Isaiah to be a prophet when King Uzziah’s reign was ending—more than 700 years before Jesus was born. At the time Isaiah spoke to the people of Judah, the kingdom of Judah was very wealthy. But the people did not follow God. They worshiped false idols, cheated one another, and mistreated the poor.

Isaiah spoke to the people of Judah at a critical time in their history. After King Uzziah died, the people were afraid. They were vulnerable to their enemies, and unlike Uzziah, their new king was less than ideal. Isaiah’s prophecies warned the people that God would judge them, but Isaiah also spoke words of hope. He told of how God would one day rescue those who were faithful to Him.

Perhaps the most amazing of all are Isaiah’s detailed prophecies about Jesus—His birth and His suffering and death. Jesus Himself read from the Book of Isaiah, telling the people that He was the One the Scriptures spoke of.

Jesus fulfilled God’s promises spoken by the prophet Isaiah. God kept His promise to send a king from the family of Jesse, the father of King David (Luke 3:23-32). The Spirit of the Lord rested on Jesus (Matt. 3:16-17). He was filled with wisdom and understanding (Luke 2:40). He came to bring salvation to all the nations (Acts 13:47-48).

Isaiah and many other prophets in the Old Testament told about a King who would come and rule forever. Jesus is the promised Messiah. He will make all these words come true.

Help your kids understand that Isaiah’s prophecies from God did not speak just to the people of his time; they also speak to us. Hundreds of years before it happened, Isaiah told of how Jesus would be born and how He would suffer and die to take away the sins of His people. Because of Isaiah’s prophecies, and those of the other Old Testament prophets, we have great confidence in the Bible and that Jesus is the Messiah.

Preschool
- Why was Jesus born? Jesus was born to rescue us.
- Isaiah wrote about the messiah.

Kids
- Why was Jesus born? Jesus was born to rescue us from sin.
- Isaiah prophesied about the coming Messiah. 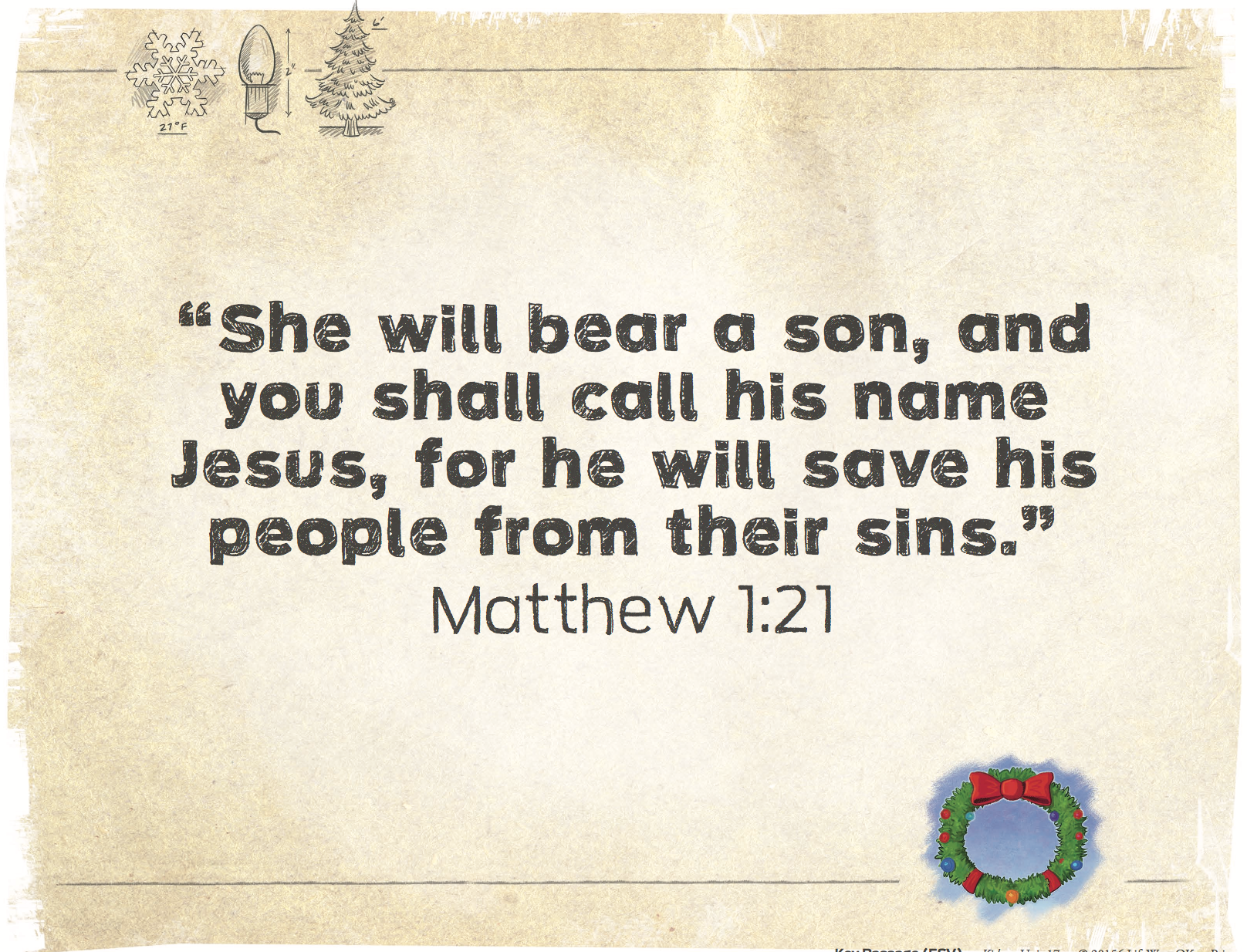 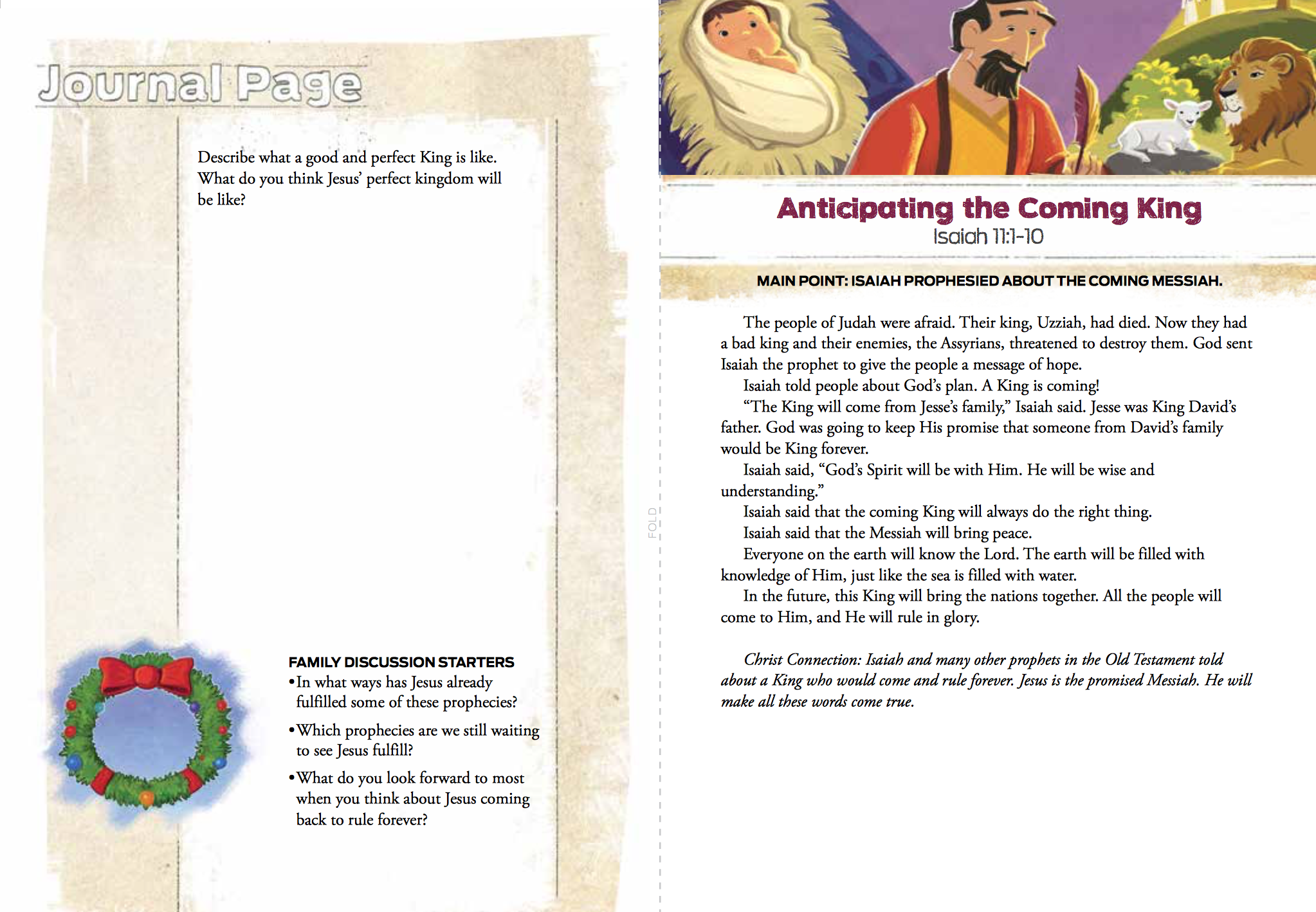 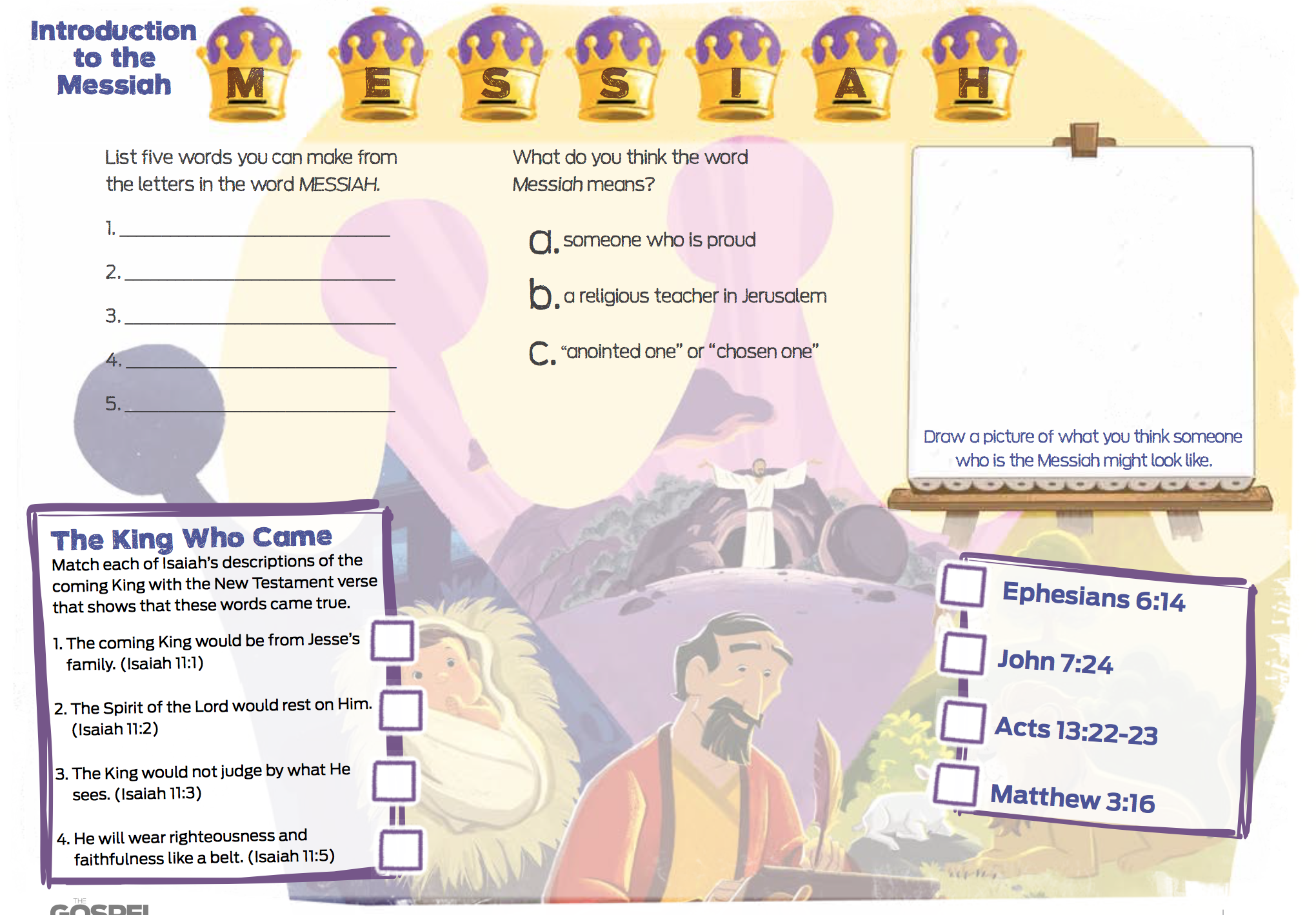