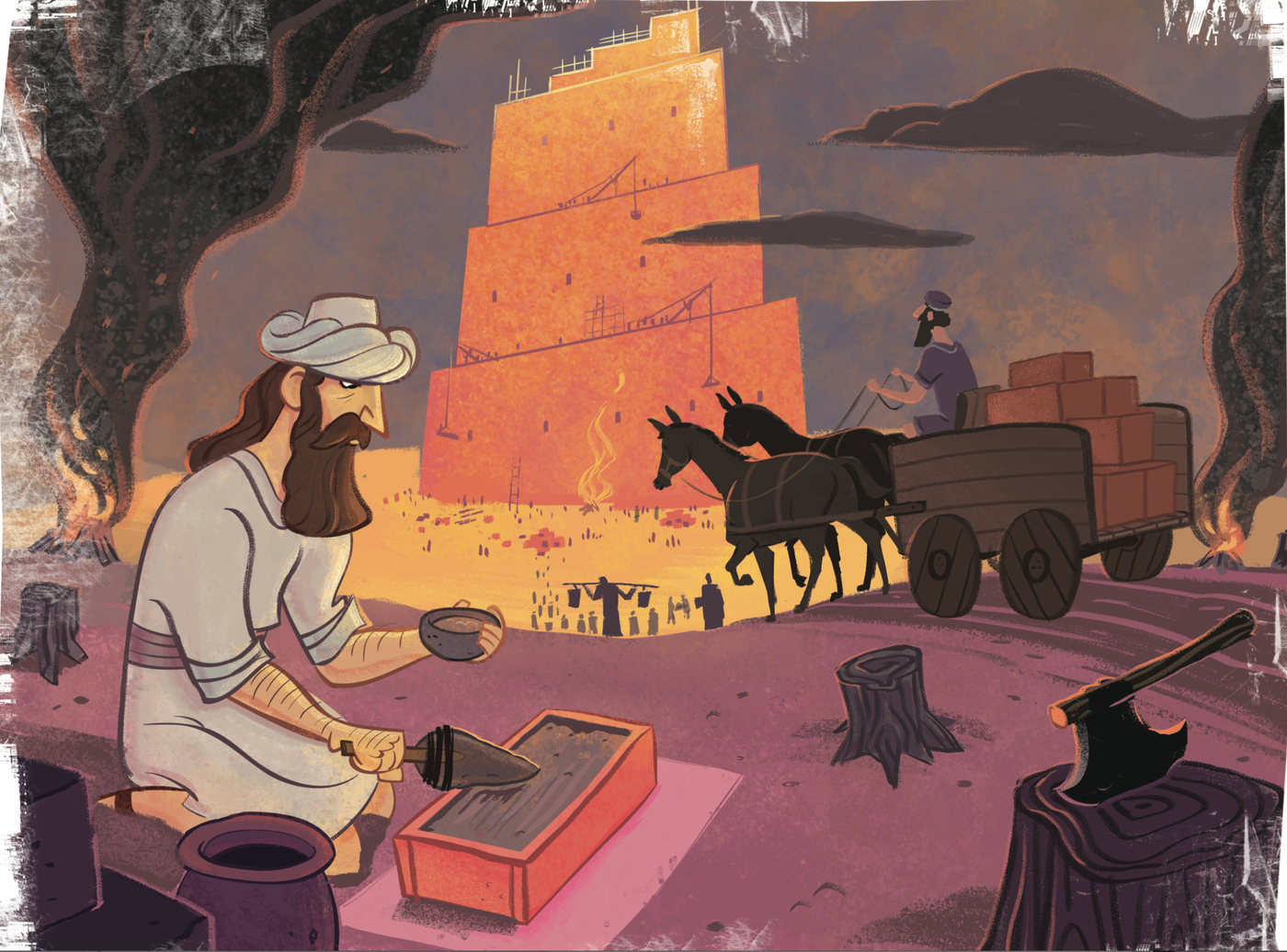 Thank you for continuing this journey of Truth Quest with us! Yesterday’s Bible story was about the tower of Babel. Following the flood, God wanted to have a fresh start. God commanded Noah in Genesis 9:1 to “Be fruitful and multiply and fill the earth.” In Genesis 11:2, Scripture indicates that instead of filling the earth as God commanded, the people uilt a city and a large tower into the heavens. The people didn’t want to be scattered. They didn’t believe God would give them what was good if they obeyed Him. They sought to obtain for themselves what they believed was good.

The people tried to build a monument with its top in the heavens, but they succeeded only in separating themselves from God and from each other. God confused their language and scattered them over the earth. They were unable to finish building the city, so the city was called Babel—which sounds like the Hebrew word for “confused”—because there the Lord confused the people’s language. Teach your kids about God’s better plan: His plan not for people to reach up to Him, but His plan to reach down to people by sending His Son, Jesus, to live the perfect life we couldn’t live and die the death we don’t want to die. That is the gospel.

● Why did God create the world? God created the world for His glory.
● What is sin? Sin is breaking God’s law.
● God created people to give Him glory. 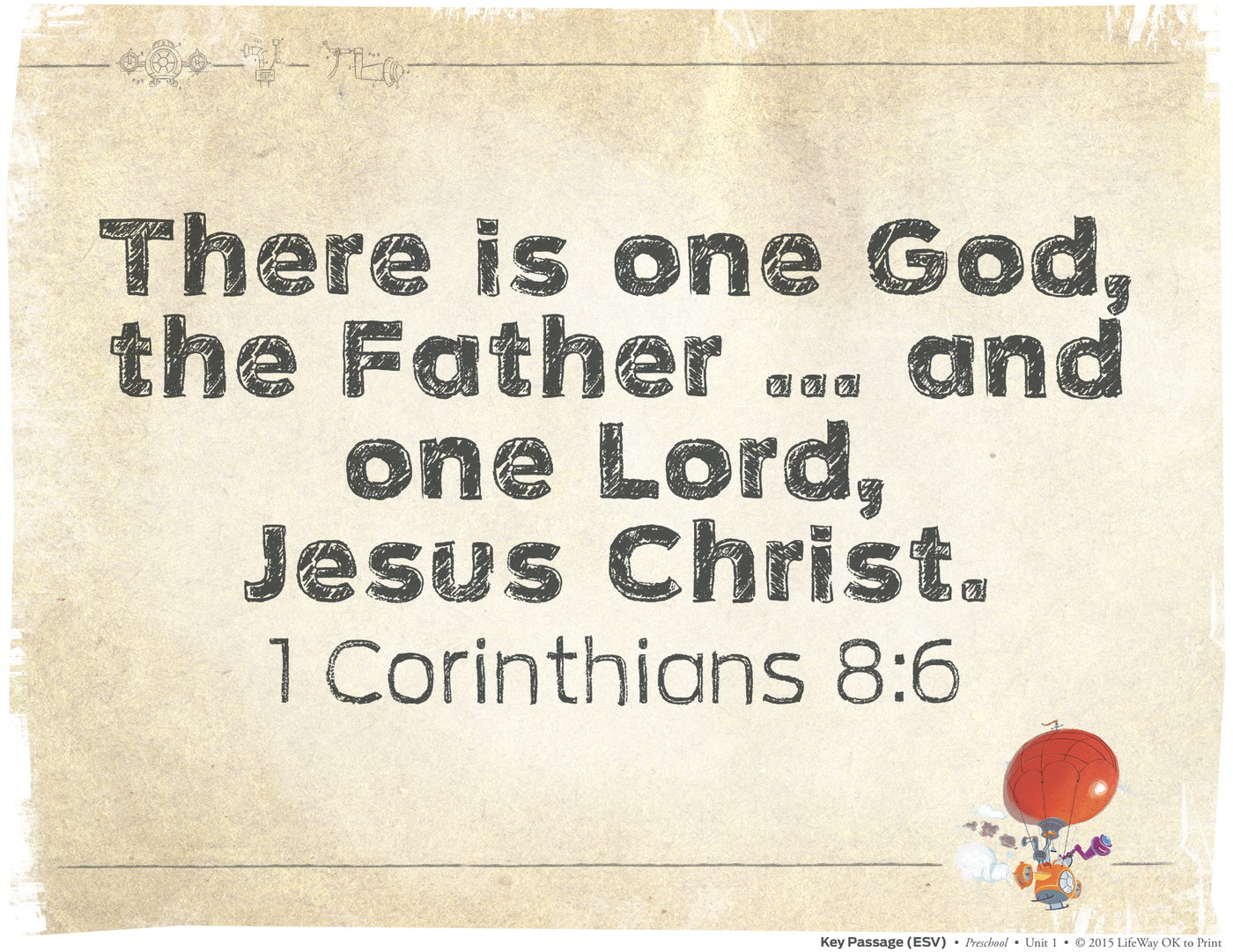 ● Why did God create the world? God created the world and everything in it for His glory.
● What is sin? Sin is breaking God’s law, and sin separates people from God.
● God created people to give glory to Him alone. 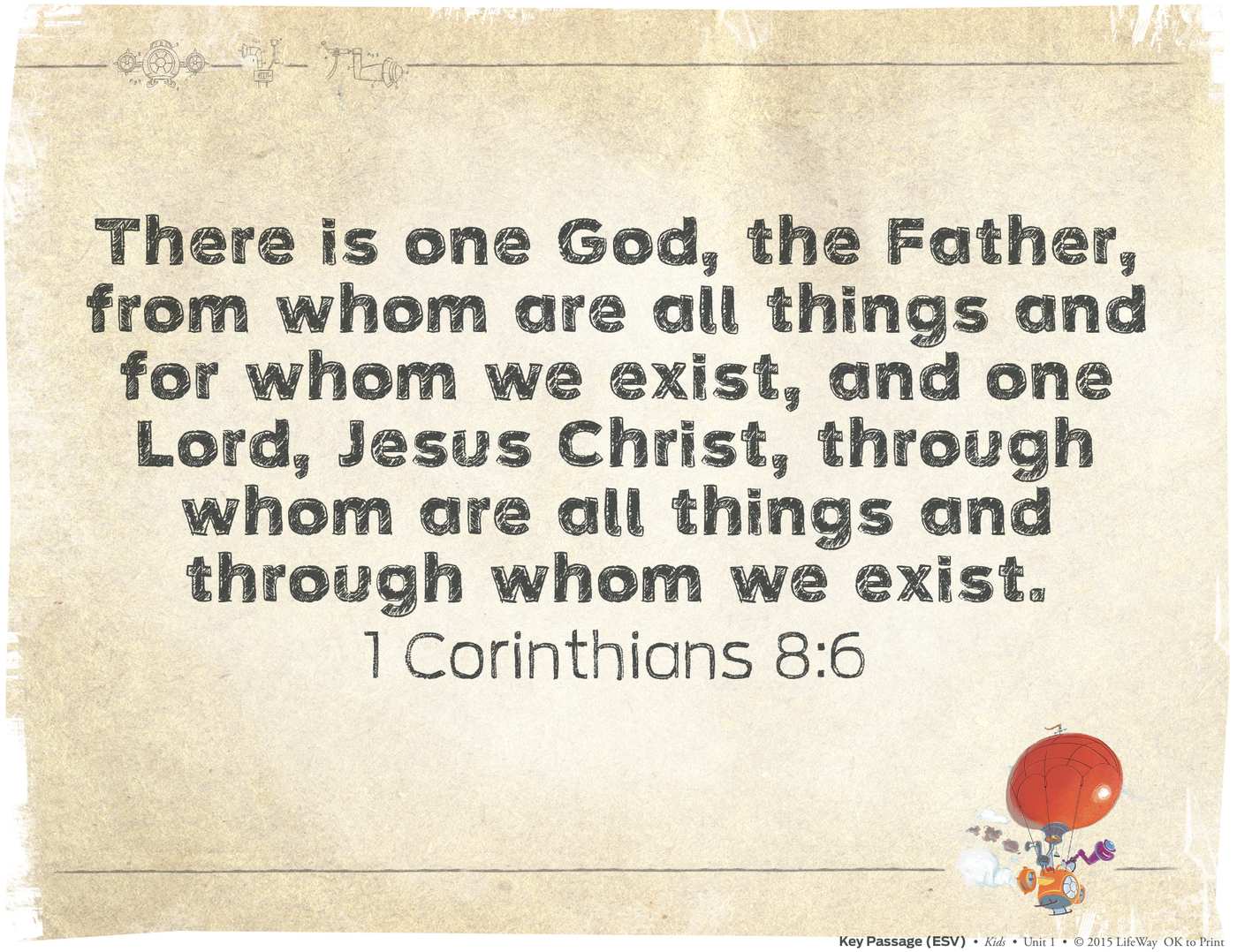 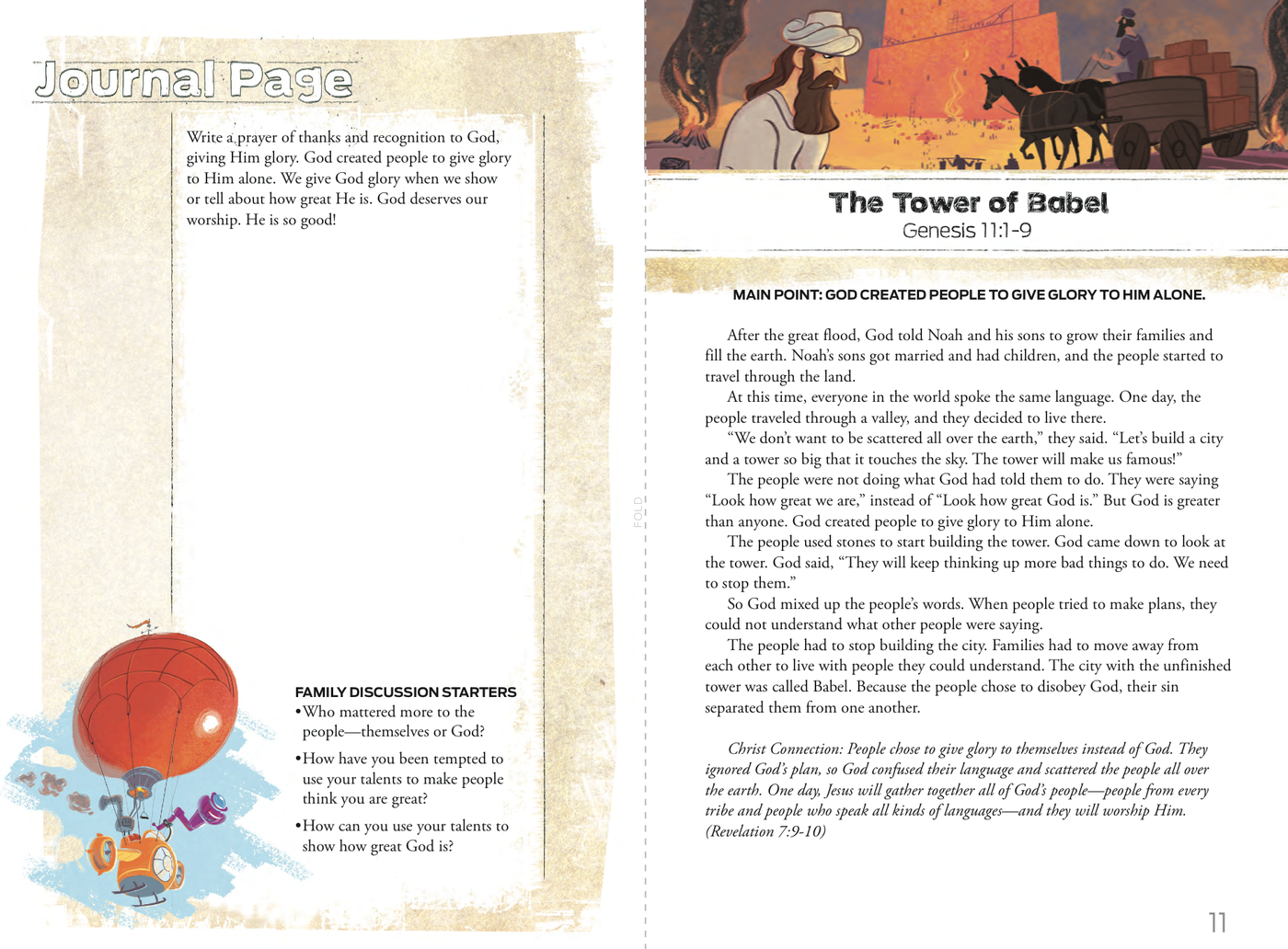 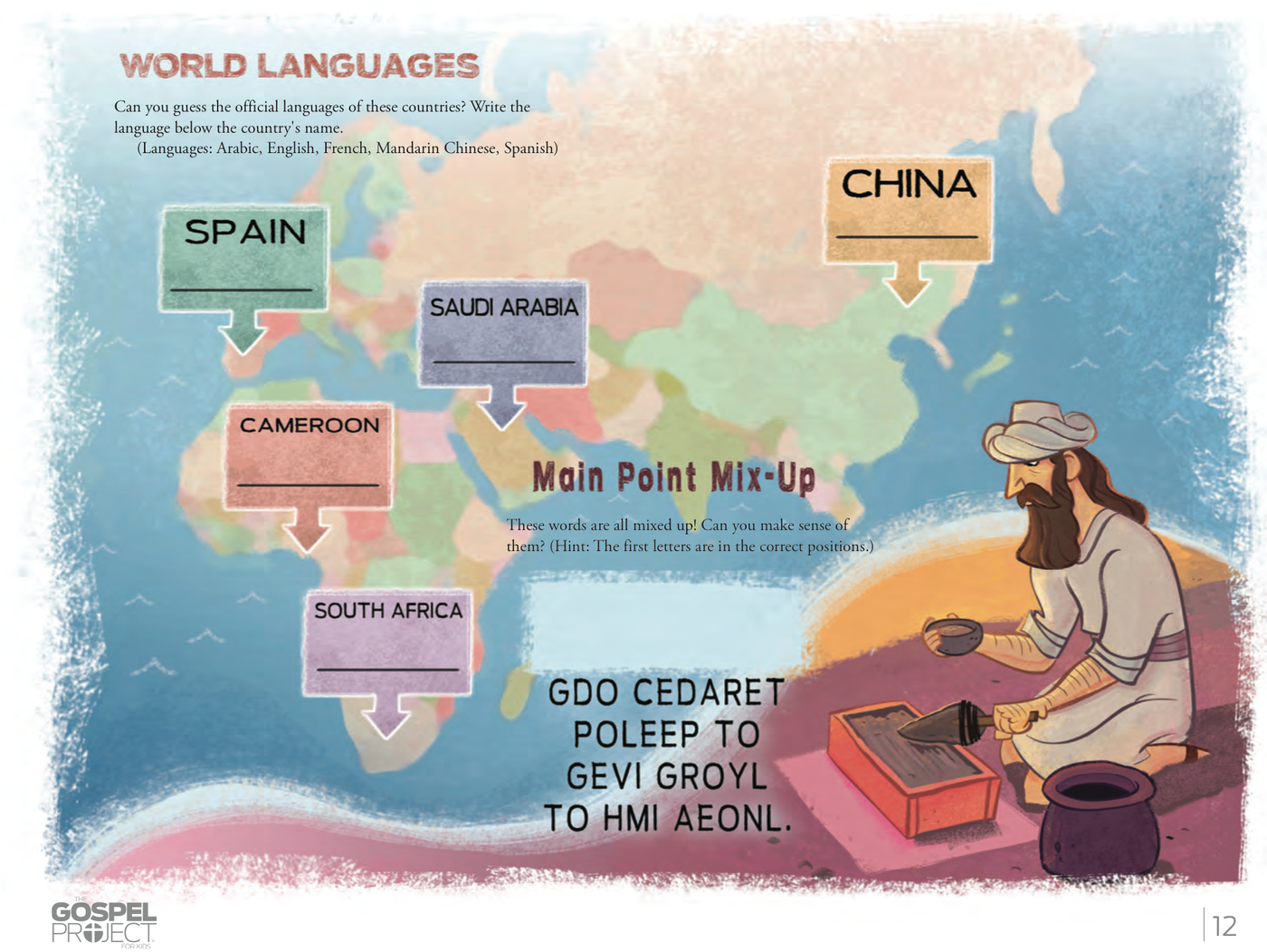