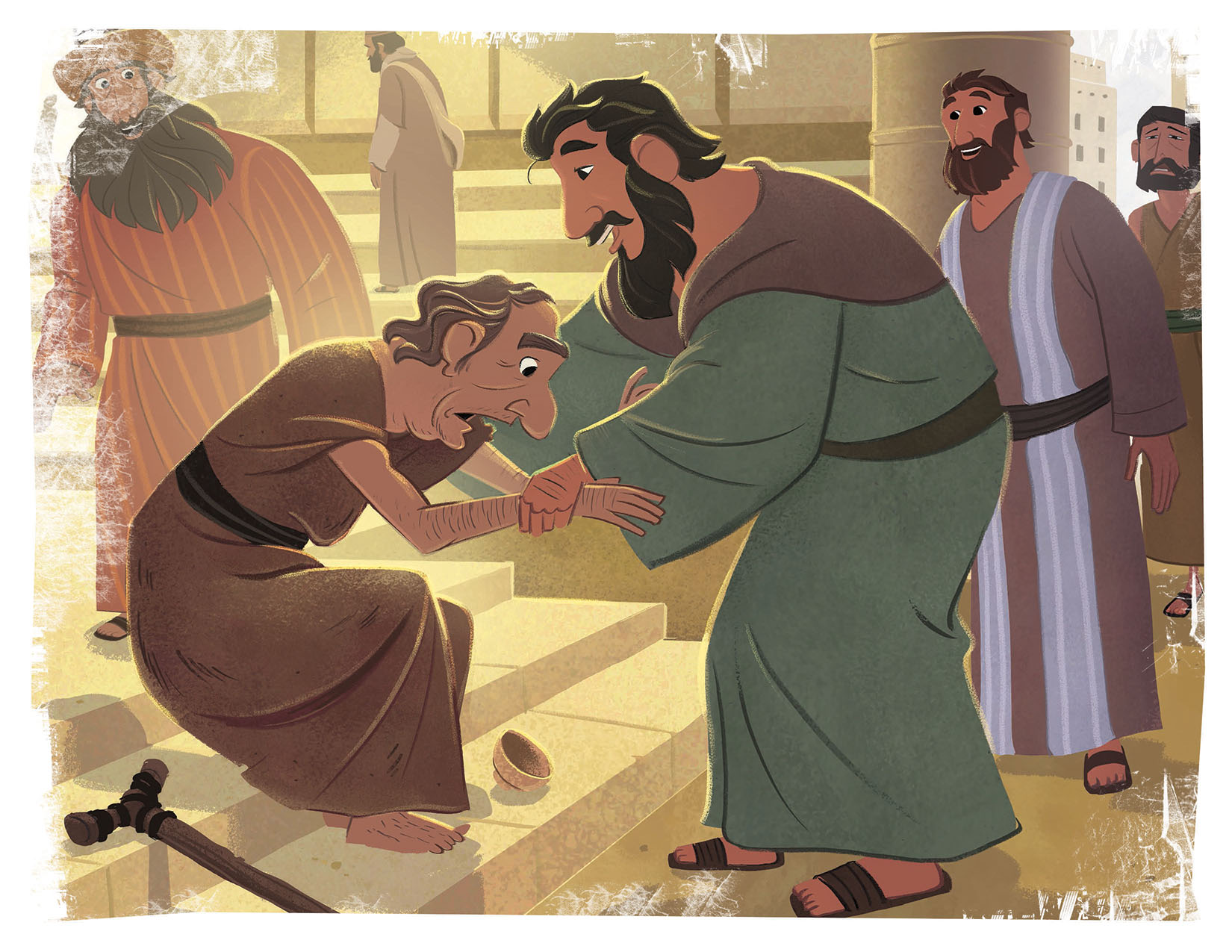 With the coming of the Holy Spirit at Pentecost, Jesus’ disciples were empowered to carrying out Jesus’ mission for them—to take the gospel to all the nations. More and more people believed in Jesus. They met together at the temple to praise and worship God, and the first church began.

One afternoon, two of Jesus’ disciples—Peter and John—went to the temple to pray. They encountered at the gate a man who could not walk. Rather than give the man money, Peter gave him something much more valuable: immediate physical healing in Jesus’ name.

After Jesus returned to heaven, the Holy Spirit gave the disciples power to begin working. With the power of Jesus’ name, Peter healed a man who was lame. Not even the religious leaders could stop Jesus’ followers from sharing the good news about Jesus.

As you talk with your kids about this Bible story, keep three things in mind. First, Peter’s healing the beggar was not magic; it was a miracle. Beginning in Acts 3:12, Peter responded to the people who were amazed at what had happened. “Why are you amazed at this … as though we had made him walk by our own power?” The man wasn’t healed because Peter was a super-believer. Peter explained that it was by Jesus’ power the man was healed.

Second, the man’s healing made him happy and thankful. He entered the temple and rejoiced! Consider the wonderful miracle of salvation. We are dead in our sin, and God makes us alive in Christ! How we should rejoice and give thanks to the Lord!

Finally, Peter and John were bold in their witness. When confronted by the religious leaders, they did not shy away. Peter and John preached about the salvation found in Jesus. In fact, they said they were “unable to stop speaking about what we have seen and heard” (Acts 4:20).

The same power that enabled Peter to heal the man who was lame—the power of the Holy Spirit—enables believers today to live on mission for Jesus. Pray that God would give your kids a willingness to be used by Him for His glory and for the fame of Jesus’ name.

HERE'S THE VIDEO LESSON FROM THIS WEEK: