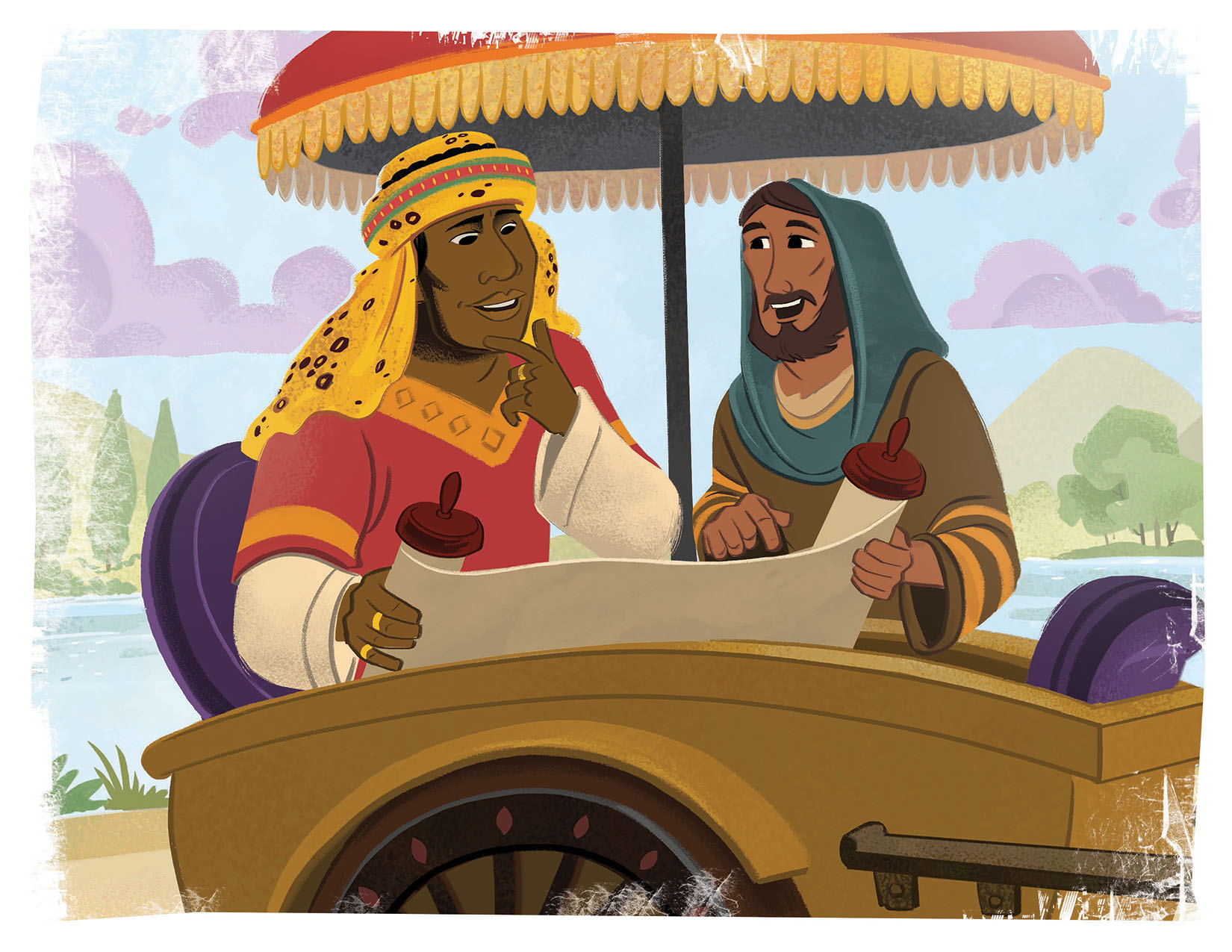 The believers in the early church faced intense persecution. After Stephen was killed, Jesus’ followers at the church in Jerusalem scattered; however, they did not stop talking about Jesus. They continued to share the good news. One man, Philip, took the gospel to Samaria. The crowds there listened and believed, and they had great joy.

In today’s Bible story, Philip was instructed by an angel of the Lord to go to a certain road in the desert. Philip obeyed. The Spirit led Philip to a chariot, where an Ethiopian official was reading the Scriptures from the prophet Isaiah. The Ethiopian man did not understand what he was reading, so Philip explained it to him.

The man was reading from the prophet Isaiah: “He was led like a sheep to the slaughter … In His humiliation justice was denied Him. … For His life is taken from the earth” (Acts 8:32-33). The official wondered if Isaiah was speaking about himself or another person. Philip told the official that Isaiah’s words weren’t about Isaiah; they were about the Messiah—Jesus! The official believed in Jesus and was baptized.

Help your kids to consider the role of the Holy Spirit in this interaction between Philip and the Ethiopian official. Who was responsible for Philip’s going to the desert? Who helped Philip explain the Scriptures? Who changed the heart of the official so he would believe?

After his interaction with the Ethiopian official, Philip continued sharing the gospel in all the towns on his way to the town of Caesarea.

In our mission of making disciples, believers must be willing instruments to be used in the hands of the Lord. Philip didn’t go into the desert today with a strategy for converting another man; the Holy Spirit led Philip, and he obeyed. As believers, we can be open to the guidance of the Holy Spirit and willing to follow His lead. He will go with us.

Check this session’s Activity Page for ways to interact with the Bible content this week.