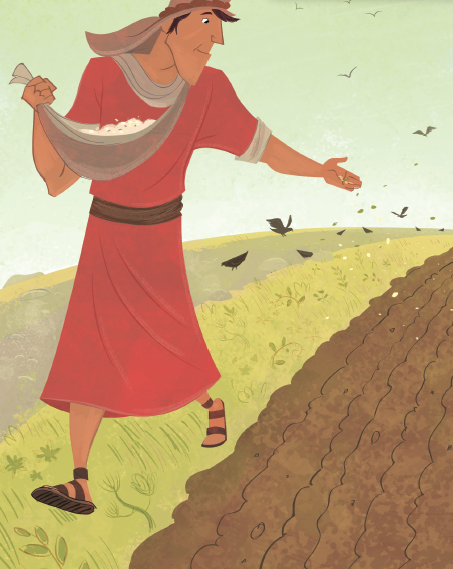 This week in Truth Quest, our journey takes us to look closely at the Parable of the Sower. The Gospels record dozens of Jesus’ parables. A parable is a story Jesus told to help people understand the kingdom of God. Each parable taught a lesson and revealed secrets of God’s kingdom for those who would understand. (See Matt. 13:10-13.)

Jesus’ lesson still holds true today. Not everyone believes the truth about Jesus. Some don’t understand it, some believe in Jesus for selfish reasons, and some only want part of Jesus because they love other things more. But those who hear the gospel and understand who Jesus is will become like Jesus and share His good news with others.