Getting to Know the Bride of Christ at Metro Life Church - Devon and Colleen, Part II 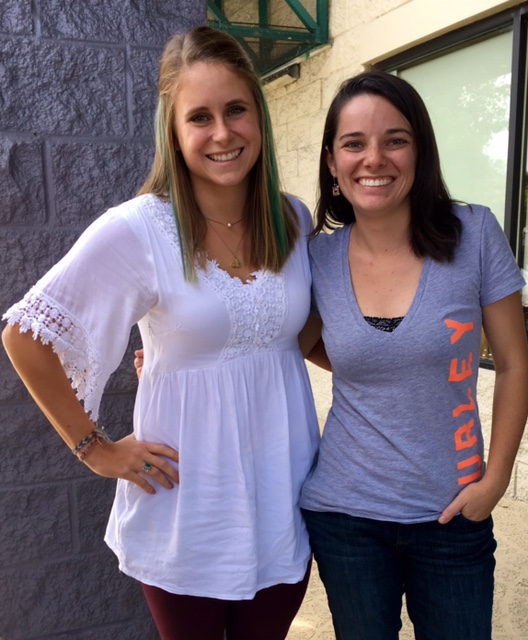 Today features Part II of my interview of Devon Lang (pictured on left) and Colleen McGrath (pictured on right), missionaries to Zimbabwe. You can read Part I here.

So how do two girls who desire to go to Cambodia end up in Zimbabwe together?

After talking with the girls, I’d say only God could set that up.

In 2013 Devon went to Zimbabwe on a program as a UCF grad in social work. Colleen visited her in November and God showed up. It was an amazing time. People confessed their sins to them along the road. Everyone wanted to hear about Jesus.

In January of 2014 Colleen returned to Zimbabwe and stayed with Devon for six months. This was against the rules of the organization but God’s grace was in place to work it out.

In Feb 2014 the girls went on a 42-day fast for revival of the neighborhood and breaking of deception of the enemy. It was not a total fast. They would wake at 3 am and eat their only meal of the day. They would bathe, which involved toting water, and leave the house by 7:30. They lived in a five-room house with 26 people. In order to be ready to go by 7:30, they had to be the first ones up.

When it was time to break the fast Colleen went to a coffee shop. While on her laptop there she happened upon a book about fasting. “True fasting is serving the poor,” it stated. She was overwhelmed with the feeling that they missed it – wasted their fast. From there she went to meet Devon. On her way she walked past a boy sleeping on the sidewalk. She felt the Holy Spirit’s urging and bought him lunch and prayed that God would provide for him. His name was Sam and he was 13 years old.

Two weeks later they were meeting a friend for lunch. Devon was late. She had seen a group of boys, and the Holy Spirit told her to turn around. They spoke Shona, a tribal language. As she tried to communicate with them, a police officer saw her struggle and asked if he could help. “Tell them to come to the Baptist church on Tuesday and Friday,” Devon said.

Unbeknownst to Devon, one of those boys was Sam – the same boy the Holy Spirit had directed Colleen to buy lunch for two weeks prior. That night their hearts went out to those boys – their boys. The next day, Sam and 15 of his friends came to the church.

There was a problem – the girls were due to leave in two months. They prayed to make sure that God said these are the boys – Ex 33:15 – “…If your presence will not go with me, do not bring us up from here.” They did not want to go forward without God. God confirmed.

Trying to get housing for the boys was more than challenging. Nothing was working. They told their Pastor (Jeff) of their frustration, and he introduced them to Phillip, a local man in his fifties. Phillip formerly had worked for a corrupt orphanage and since that time had became a friend of the local church there. He understood the system and desired to help. He had four boys living with him by means of establishing himself as their legal guardian. He would tirelessly search out relatives of the boys while they were safe under his care. He and Pastor Jeff are on the front lines with Colleen and Devon.

I asked the girls why help boys? Why not help girls? Wouldn’t that be safer considering some of these boys are not that much younger than they are?

There is an amazing girls’ home there. That fueled Devon and Colleen’s desire to house and reach the boys. And they are doing just that. They have a house. They have a car. God is working.

The boys are basically thugs and have a gang mentality, but they embrace and understand the love that Devon and Colleen give. They look at them as Mama Dev and Mama Colleen and protect them.
Ministry cannot be put into a neat little package. It is a very black and white world in Zimbabwe, but they are busting down stereotypes and helping to unify the church there.

A favorite quote of theirs from Corrie ten Boom’s book Tramp for the Lord sums up their attitude and heart for their mission. “I would much rather be the trusting child of a rich Father, than a beggar at the door of worldly men.”

Since my time with them, Colleen and Devon have received their visas and will head back to their beloved boys in Zimbabwe on Tuesday, May 17. They leave their family and friends behind to pray and await reports of what God is doing with “the Africa girls.”