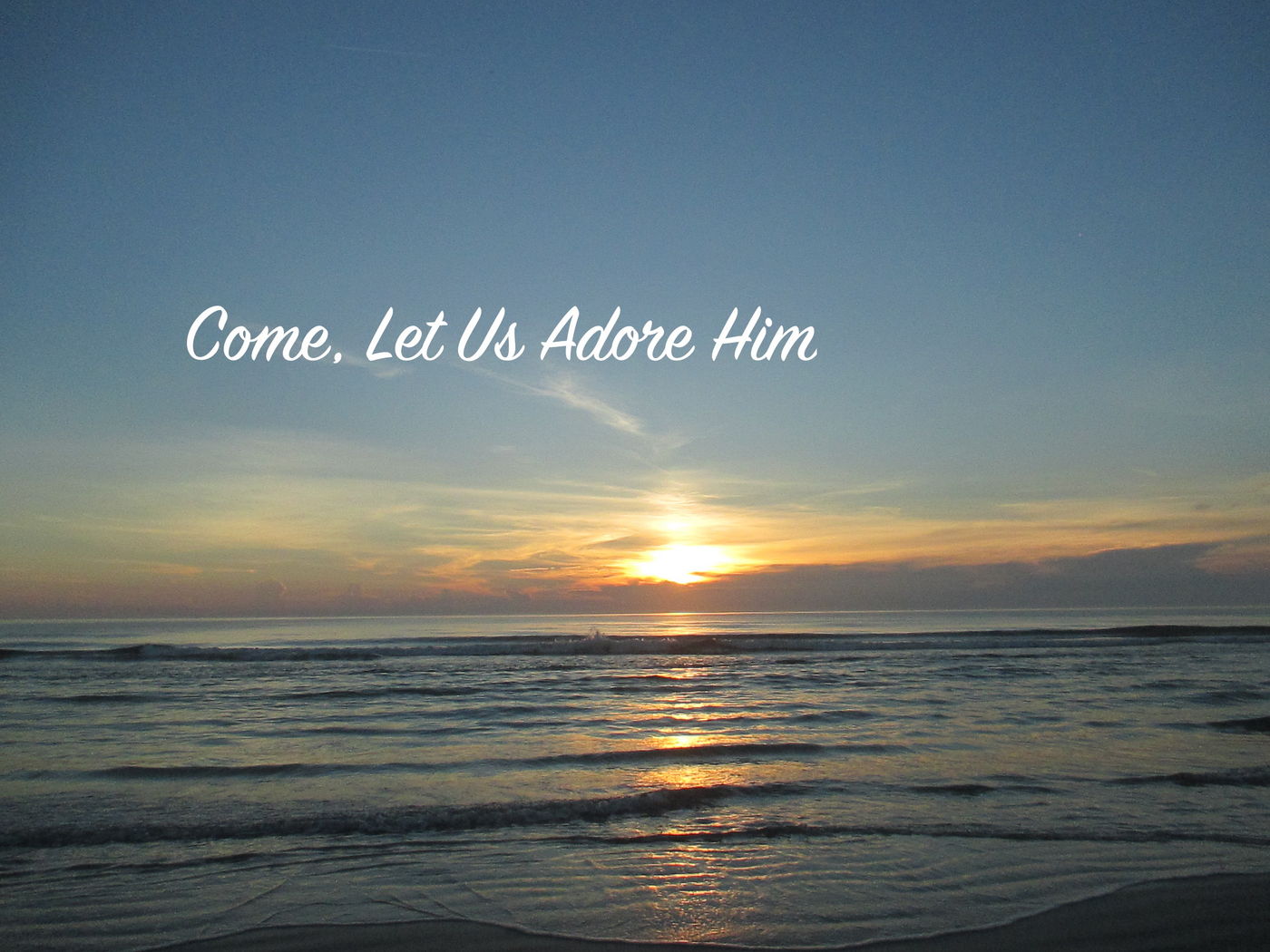 The invitation to the latest Women’s Ministry meeting read, “Come, Let Us Adore Him,” and on Sunday, March 29, 80-100 women did just that. In response, God poured out His love and demonstrated how eager He is to speak to us.

Ladies began gathering at 5:00p.m. for fellowship and prayer. At 6:00p.m. we assembled in the chapel for worship followed by some instructions from Darin Slack. Members of our church’s prophetic ministry team had come prepared to share what they sensed God wanted to speak to the women and to lead us in how to hear from God.

Darin explained the team was not there to perform but to participate with us in encountering God.

He said prophetic ministry “is not a spectator sport” but something we all can be part of. He sensed God wanted to speak to His daughters, and speak He did!

First, Darin’s wife, Lesli, shared a moving testimony about how God has steadily, lovingly worked in her heart over a period of years to help her better understand how much He loves her. A year ago, she read a blog called The Happy Wife’s Club and began to seek God specifically about a lack of happiness in her life. She explained that while she had experienced joy in her relationship with God, a daily feeling and disposition of happiness eluded her. God broke through at a recent ladies’ retreat, which was a turning point for Lesli, and she reports that she is “happier than she has been in years.” To read Lesli’s testimony click here.

Next, Debi Walter led us in an exercise of listening to God’s voice.

She instructed us to close our eyes, be quiet before the Lord, and simply listen and expect to hear a single word or phrase from God. She then instructed us to speak those words one at a time in a manner similar to “popcorn prayer.” Ladies called out dozens and dozens of phrases, like “hope,” “forgiven,” “you are mine,” and “hold fast.” Many women were moved to tears by this powerful ministry of the Holy Spirit through single words.

“That was beautiful to watch,” Debi said. “God is speaking to us!” She pointed out that all His words were edifying and loving. “One word can carry us through our day,” she added. “We just have to listen.”

We then gathered into groups of 3 or 4 to pray and share any brief words of prophecy God might have given to us for each other. Darin directed us to join with women we didn’t know very well so that we were not influenced by information we already knew about one another. After this, the testimonies women shared about how they had been ministered to in the small groups were encouraging evidence that God had spoken. Next the prophecy team shared words God had provided in advance for certain groups of women and for some individual ladies.

Emily Jessee says, “It was such an amazing night! I went to sleep about midnight and woke up at 4:00am with my mind racing over all the things that took place—how people were ministered to, led into His presence, taught about the ways of the Spirit. OH MY! Yes, I think it was just the beginning of an outpouring on the women especially, but for everyone who is hungry and thirsty for HIM!”

Mark your calendars for the next Women’s Ministry meeting on May 31.

Encouraged by The Shepherd

The Chapel Became A War Room

Retelling Triumphs of His Grace