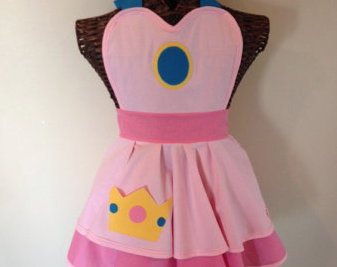 “Jesus, knowing (fully aware) that the Father had put everything into His hands , and that He had come from God and was (now) returning to God, got up from supper, took off His garments, and taking a (servant’s) towel, He fastened it around His waist.” John 13:3-4 (Amplified Bible)

I find it interesting that this incident stood out in John’s mind and decades later he included it in his record of the events remembered during his time with Jesus. It is not mentioned in the other gospels, but it had significance for John.

It also has significance for me.

Jesus knew Who He was, knew where He had come from, and where He would spend eternity. What an example of utter security and trust. Having these matters settled in His heart once and for all, He was able to enter into the ‘rest of God’ written about in the book of Hebrews, and turn His gaze outward to the needs of those around Him. He was no less King when He picked up that towel, than He is today seated at the right hand of the Father. He had nothing to prove to anyone and therefore was free to enjoy the role of Servant and to use this opportunity as a teaching lesson for His disciples. “He who would be great among you, let him be the servant of all…” and showed them how it was done. Not with great fanfare, but simply taking care of the task at hand.

I asked Jesus to come into my heart at age eleven in a “chapel” service in the public elementary school here in Orlando. Today that would cause a great clamor, but back in 1946, it was perfectly normal. As I grew up under the Lord, I really had little understanding of who I was in Him in the Kingdom. All I really grasped was that I no longer had to worry about Hell. In teaching me who I was in Him, He began by showing me that in His sight I was royalty…He showed me that although I was an unplanned pregnancy, He had chosen the circumstances of my birth, chosen my parents, and that I had begun my existence as a thought in His mind. No one can make God do anything He doesn’t desire to do, and so He established that it had been His good pleasure in creating me. I knew where I came from…I was formed in the heart and mind of Almighty God, and I was not an ‘accident’ or ‘mistake’. As I walked this out, I wore an ‘invisible crown’…no one could really see it except God and me, but I wore it proudly and confidently.

One day in my walk with Him (after I was comfortable wearing my crown) He handed me another gift…this time it was an apron (invisible, of course) and He said, “I’ll hold your crown for you while you learn to wear your apron.” In the eyes of the world, an apron is not nearly as glamorous as a crown, but when it comes from His hands and His heart it is priceless. And so to this very day I am waring an invisible apron. I have found it has taken me a little longer to fit into my apron than it did my crown, but I also know that I am no less ‘royal’ in my apron than when I wear my crown.

When you fully know who you are in Him, where you came from, and where you are going, you can enter into the ‘rest of God.’ You can turn your gaze outward and take care of those He sends though your life on a daily basis. In the not so distant future, I will spend eternity with Him, and as He reaches for me He will be holding my ‘crown’…I will need this crown to cast before Him in worship to my KING!

With love from my chair at the Harvest Table,

I love this. Thank you.