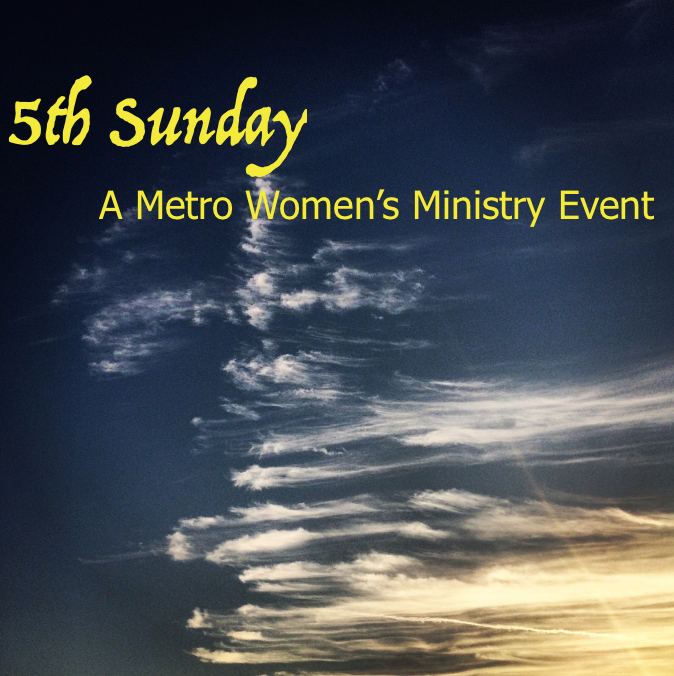 During the Women’s Ministry meeting on May 31, our creative God ministered to His daughters in a variety of ways. At the start, Emily Jessee acknowledged that the topic of the evening, discipleship, can be an intimidating. Yet, Jesus wants us to give Him our all by becoming His disciples and, in turn, discipling others.

Emily then kicked off a night of equipping in the area of discipleship by introducing her longtime friend, Shirley Corbett.

Shirley explained the “two sides of the discipleship coin” and what both parties should and should not do in a biblical mentoring relationship.

To dramatize Shirley’s opening point that no two women are the same, three ladies entered the chapel dressed as Shirley look-a-likes, complete with wigs and matching outfits. Shirley urged us to remember we are all uniquely different and warned of the danger of trying to make women we disciple into copies of ourselves. 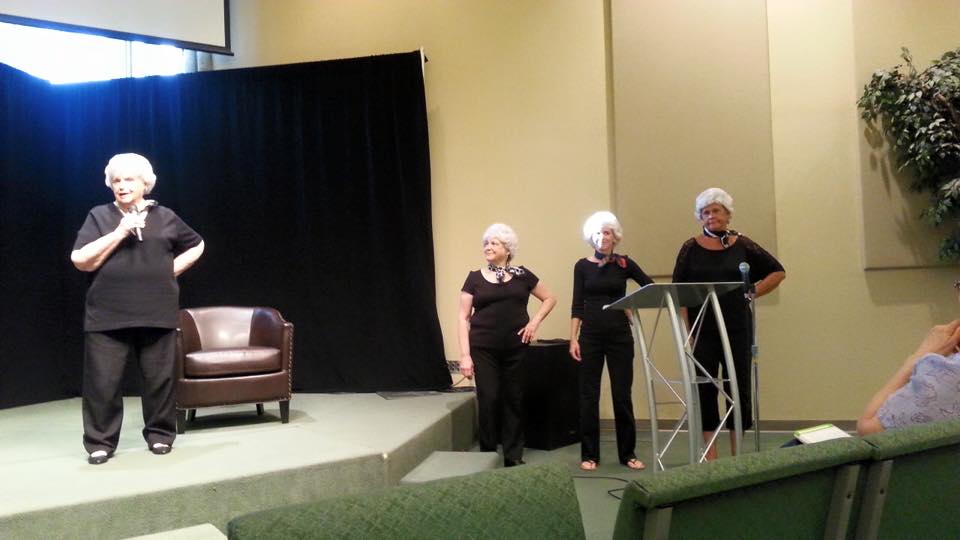 Rather, the discipler’s role is to “come alongside for a period of time and try to point [the disciple] in the right direction.” She added that the discipler doesn’t have to know everything. Rather, she should listen, ask questions, and direct the disciple to Scripture and the Holy Spirit, who is our ever-available Comforter and Teacher.

Similarly, the disciple, Shirley said, should not seek to be just like her mentor. God “never planned for you to live someone else’s life,” she said. She explained the disciple should be open to guidance but not try to be what she thinks the discipler wants her to be. “You have the Holy Spirit, who is God Himself, dwelling in you, and he knows what He wants you to do,” Shirley said.

She concluded by saying that in a fruitful discipleship, both women “get to stand and applaud God’s successes in their lives.”

Emily added that discipleship is “intentional friendship,” and that summer can be a good time to explore and develop such friendships. She made available three articles for further study.

Several attendees were then blessed with door prizes handmade by ladies in the church, and the entire group enjoyed another performance by the Women’s Ministry Dance Troupe.

Minde Osborne and Jennifer Needham described the seasons of discipleship they had experienced individually and then talked about their relationship as discipler and disciple, respectively. The passages inspiring them are the Great Commission, Mark 16:15:20, and Titus 2:1-5.

A game-changer in Minde’s Christian walk was Pastor Aaron Law’s encouragement to read her Bible. She emphasized the importance of 2 Timothy 2:15 (MEV): “Study to show yourself approved.”

Jennifer mentioned the examples of her parents as being pivotal in her faith. Her mom, she says, showed her how to be a servant; her dad demonstrated a reverence for Scripture. “He doesn’t need a hard copy,” she explained. “It’s on his hard drive.”

When Minde and Jennifer first discussed a possible discipleship, they each had different ideas about how it would work. They began by jointly studying Lydia Brownback’s book Purity. They always pray together, and they often worship and study the Bible. The fruit of their relationship came through in their presentation as they displayed a fun-loving camaraderie with mutual love and admiration.

Minde then led the group in a short exercise in which each woman jotted on a notecard five things she believes are important to do in growing one’s faith. The activity was designed to help us think about where we might start in discipling others.

Debbie Klinect shared how her daughter Caroline has been blessed by discipling from Minde and Jennifer. Rowena Stafford offered a word of encouragement from the Lord, and the evening ended with an extended time of worship and prayer.

In myriad ways, the ladies were equipped to be creative in discipling other women.

Mark your calendars for the next Women’s Meeting on August 30. The topic for “Entering the War Room” will be prayer.

Encouraged by The Shepherd

The Chapel Became A War Room

Retelling Triumphs of His Grace