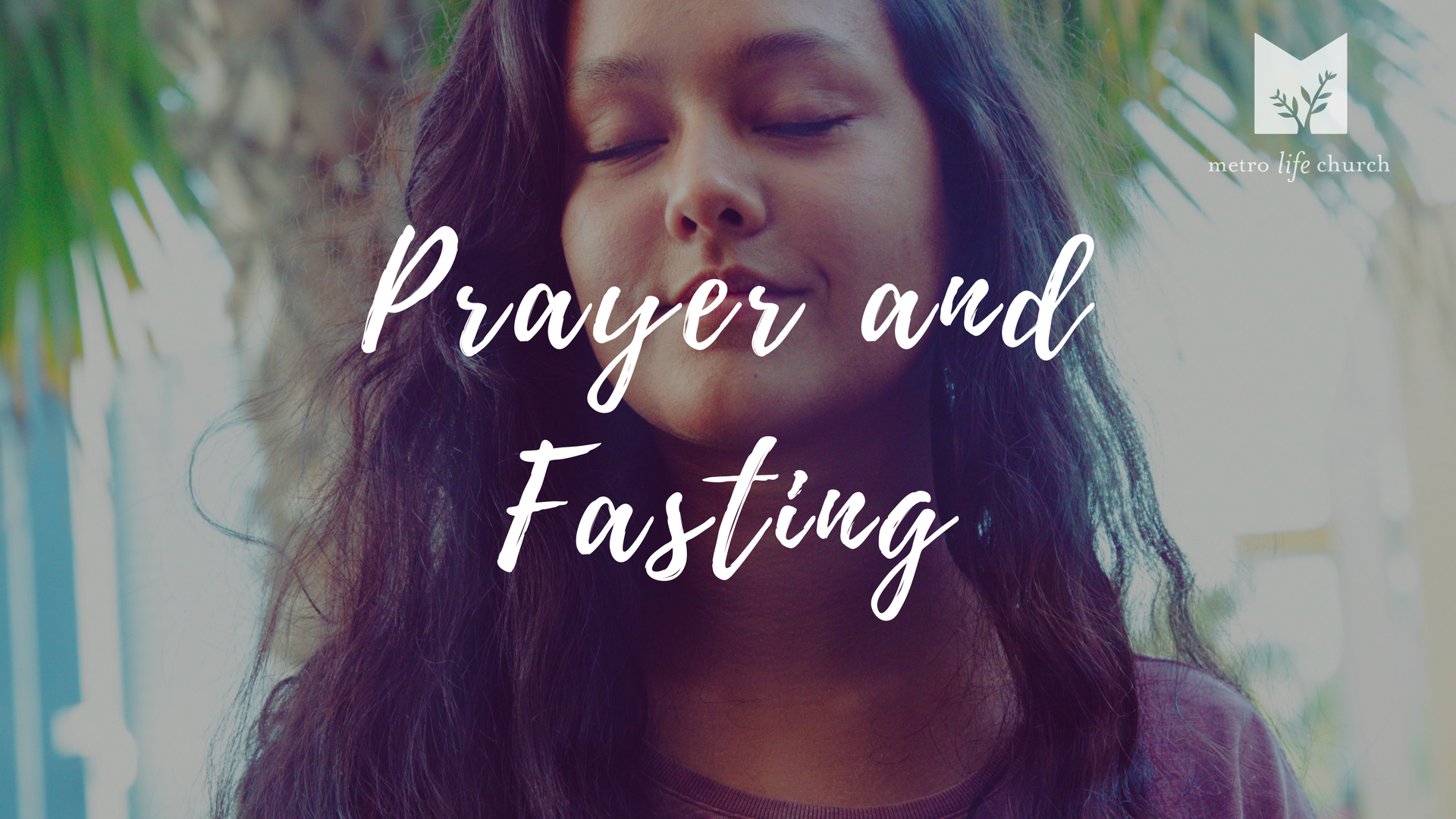 Sharpen Your Affections With Fasting

You’ve heard us talk about fasting the past few Sundays. We do not want to view fasting as a duty to perform. Instead we view fasting as a means of God’s grace to strengthen our affections for Him. The article below, by David Mathis (Desiring God), will encourage you with a Biblical perspective on the value of fasting.

Fasting has fallen on hard times — at least, it seems, among our overstuffed bellies in the American church. I speak as one of the well-fed.

Sure, you’ll find your exceptions here and there. Some pockets even prize the countercultural enough to steer their vehicles into the ditch of asceticism. But they are vastly outnumbered by the rest of us veering toward the opposite shoulder. The dangers of asceticism are great — surpassed only by those of overindulgence.

Our problem might be how we think of fasting. If the accent is on abstinence, and fasting is some mere duty to perform, then only the most iron-willed among us will get over the social and self-pampering hurdles to actually put this discipline into practice.

But if we are awakened to see fasting for the joy it can bring, as a means of God’s grace to strengthen and sharpen Godward affections, then we might find ourselves holding a powerful new tool for enriching our enjoyment of Jesus.

Fasting is an exceptional measure, designed to channel and express our desire for God and our holy discontent in a fallen world. It is for those not satisfied with the status quo. For those who want more of God’s grace. For those who feel truly desperate for God.

The Scriptures include many forms of fasting: personal and communal, public and private, congregational and national, regular and occasional, partial and absolute. Typically, we think of fasting as “a Christian’s voluntary abstinence from food for spiritual purposes” (Don Whitney, Spiritual Disciplines, 160).

We can fast from good things other than food and drink as well. Martyn Lloyd-Jones says, “Fasting should really be made to include abstinence from anything which is legitimate in and of itself for the sake of some special spiritual purpose.” But normal Christian fasting means privately and occasionally choosing to go without food (though not water) for some special period of time (whether a day or three or seven) in view of some specific spiritual purpose.

According to Whitney, fasting’s spiritual purposes include:

While the potential purposes are many, it is that last one which may be most helpful to focus our thoughts about fasting. It encompasses all the others and gets at the essence of what makes fasting such a mighty means of grace.

Whitney captures it like this: “Fasting can be an expression of finding your greatest pleasure and enjoyment in life from God” (176). And he quotes a helpful phrase from Matthew Henry, who says that fasting serves to “put an edge upon devout affections.”

While the New Testament includes no mandate that Christians fast on certain days or with specific frequency, Jesus clearly assumes we will fast. It’s a tool too powerful to leave endlessly on the shelf collecting dust. While many biblical texts mention fasting, the two most important come just chapters apart in Matthew’s Gospel.

The first is Matthew 6:16–18, which comes in sequence with Jesus’s teachings on generosity and prayer. Fasting is as basic to Christianity as giving to others and asking from God. The key here is that Jesus doesn’t say “if you fast,” but “when you fast.”

Second is Matthew 9:14–15, which Richard Foster says may be “the most important statement in the New Testament on whether or not Christians should fast today” (Celebration of Discipline, 53). Jesus’s answer is a resounding yes.

Then the disciples of John came to him, saying, “Why do we and the Pharisees fast, but your disciples do not fast?” And Jesus said to them, “Can the wedding guests mourn as long as the bridegroom is with them? The days will come when the bridegroom is taken away from them, and then they will fast.” (Matthew 9:14–15)

When Jesus, our bridegroom, was here on earth among his disciples, it was a time for the discipline of feasting. But now that he is “taken away” from his disciples, “they will fast.” Not “they might, if they ever get around to it,” but “they will.” Which is confirmed by the pattern of fasting that emerged right away in the early church (Acts 9:9; 13:2; 14:23).

Put an Edge on Your Feelings

What makes fasting such a gift is its ability, with the help of the Holy Spirit, to focus our feelings and their expression toward God in prayer. Fasting walks arm in arm with prayer — as John Piper says, she is “the hungry handmaiden of prayer,” who “both reveals and remedies.”

She reveals the measure of food’s mastery over us — or television or computers or whatever we submit to again and again to conceal the weakness of our hunger for God. And she remedies by intensifying the earnestness of our prayer and saying with our whole body what prayer says with the heart: I long to be satisfied in God alone! (When I Don’t Desire God, 171)

That burn in your gut, that rolling fire in your belly, demanding that you feed it more food, signals game time for fasting as a means of grace. Only as we voluntarily embrace the pain of an empty stomach do we see how much we’ve allowed our belly to be our god (Philippians 3:19).

And in that gnawing ache of growing hunger is the engine of fasting, generating the reminder to bend our longings for food Godward and inspire intensified longings for Jesus. Fasting, says Piper, is the physical exclamation point at the end of the sentence, “This much, O God, I want you!” (Hunger for God, 25–26).

More could be said (like check with your doctor about any health concerns), but this spiritual discipline is simple enough. The question is, Will you avail yourself of this potent means of God’s grace?

Fasting, like the gospel, isn’t for the self-sufficient and those who feel they have it all together. It’s for the poor in spirit. It’s for those who mourn. For the meek. For those who hunger and thirst for righteousness. In other words, fasting is for Christians.

It is a desperate measure, for desperate times, among those who know themselves desperate for God.