Category: The Corner | Life Together, The Corner, Local Impact 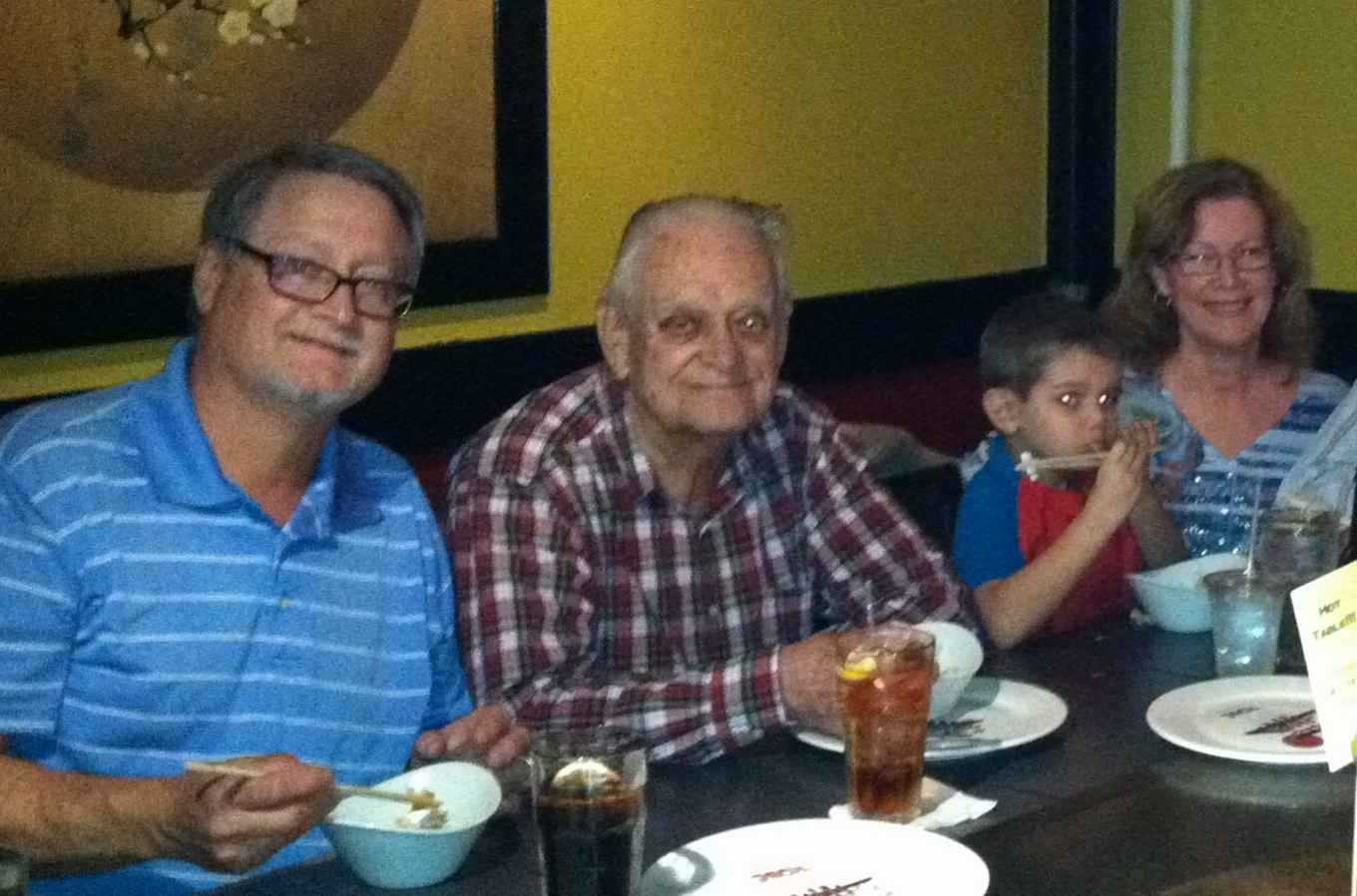 Do you ever find yourself giving up on seeing somebody you love become a Christian?

Two years ago, Bob’s dad moved into an assisted living facility (ALF) near us. His wife had passed away unexpectedly, leaving him alone in the house they shared for fifty years. The closest family was two hours away; and even though we hired help, his failing eyesight made it obvious that a change was needed.

We traveled to Maryland and visited with Bob’s sisters and his father. As we discussed the situation, for some strange reason, the following words came out of either Bob’s or my mouth (we honestly aren’t sure which one), “Why don’t you come live in Florida?” We looked at each other with that uneasy look married couples give to convey a message. Did we actually say that out loud? Yep, we did. And we were in agreement even though we had not made the final pronouncement to each other verbally. This was a God thing for sure.

Bob’s dad is ninety, has various health issues, walks with a walker and is legally blind; but he is sharp mentally. I have become his seeing-eye daughter. We spend lots of time together visiting doctors and stopping at the store to fulfill his shopping list, which he scribbles on a 3x5 card in almost illegible script due to his severe sight impairment. He hands me the card, which he can’t read since he’s practically blind, and challenges me to decipher it. We get by. I try to avoid stores where there are electric shopping carts. He loves driving them, but that makes me a nervous wreck. Once he took out an end cap full of gift cards. During that same trip when he made a pit stop in the restroom, I saw my window of opportunity and literally ran through the store picking up what he wanted just to avoid him potentially running into anyone. I made it back to wait for him just in time to catch my breath and proceed to the check-out.

That is a picture of life with him prior to June 8. That evening we received a call that he was being sent to the emergency room with severe back pain and unsteadiness. For weeks he suffered with going in and out of a delusional state as he fought an unidentified infection. We thought he might not pull through.

Bob and I were scheduled to leave for vacation on July 5 and weren’t sure we should leave. Bob’s sisters encouraged us to go. This is another one of those times that you know God pre-ordained. He had met our need before we needed it. Bob and I were physically and emotionally exhausted. This vacation was like a salve for us. We came back refreshed, though not looking forward to what likely was ahead.

I visited him at the hospital on July 15 and he was improving, lucid and planning his next project. Before I left I asked what I could bring him the next day. To my surprise he said a Bible.

Over the years, I had become increasingly concerned about his salvation. His request made my heart leap. I asked God where in His Word to read. I felt I should let my father-in-law decide. 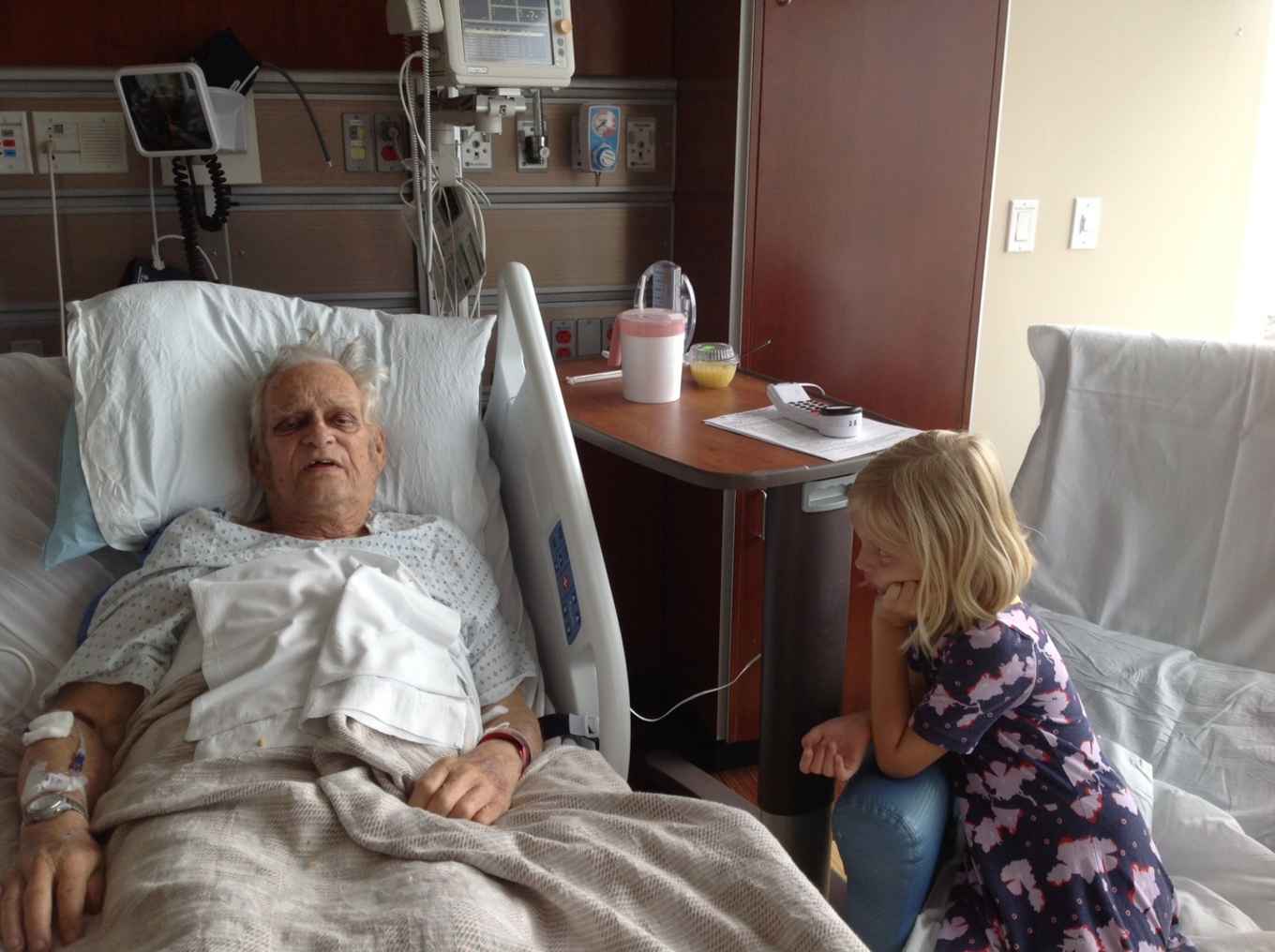 He chose Acts. I read Acts 2 and John 3, and we had a great discussion about Jesus and salvation. He confessed that he knew God had looked after him, but he didn’t understand a personal savior. I asked him why he thought he could go to heaven and finally asked if he wanted to pray for Jesus to be his Savior. He was humble and told me he doesn’t really pray and never out loud. He agreed to repeat after me. I led him in the sinner’s prayer. He realized that he knew a lot about God but didn’t understand the need for a relationship with Jesus. He hadn’t understood that he needed a Savior.

The following days when I walked into his room he wanted to talk about Jesus and have me read the Bible to him. He has lots of questions, but he has proclaimed Jesus as his Savior.

Since that time of rallying physically and the day of his salvation, it was discovered that his gall bladder had to be removed. This seems to have been the source of his problems all along.

Presently he is in a nursing facility receiving rehab with the hope that he will regain his strength and return to his home. Our days are still full of caring for Dad. We are weary, but our hope and joy and faith are built up because this difficult road led to Dale Anderson’s name being written in the Lamb’s Book of Life. Recounting this story ushers in fresh grace for us to serve. The reality that this was the final preparation for him to call on the name of Jesus, even at the age of ninety, gives me strength for today and bright hope for tomorrow.