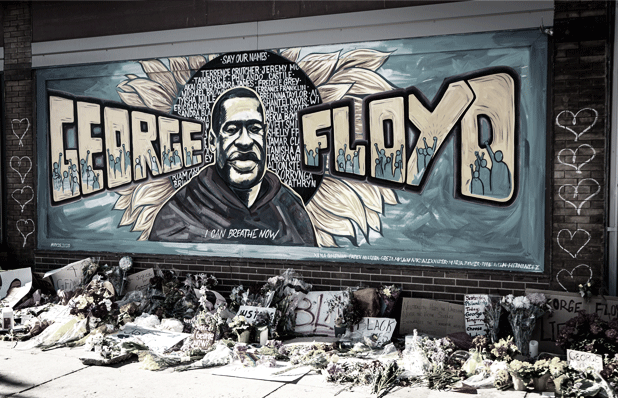 We can all agree that 2020 is a year that will mark the history of the world. From the Australian fires to the tragic passing of the beloved NBA star Kobe Bryant, to a global pandemic; this year has been one for the books, literally. In the last few weeks, we have found ourselves in a new season of turmoil fueled by the senseless murder of George Floyd in the streets of Minneapolis only days after the shocking images of the death of Ahmaud Arbery in rural Georgia. Unlike the other tragedies, this tragedy has been in the making for at least 400 years. The kind of turmoil we find ourselves in is reminiscent of times of the Civil Rights Movement in the late ’60s. The history of racial injustice has plagued the United States since the very beginning. Though we have come a long way, the suffering in the African-American community remains very much alive.

Looking at the news today feels a bit like we’re stuck in Groundhog Day. The images we are currently seeing are nearly identical to the incidents that led to protests in Ferguson, the L.A. riots in the ’90s, and the Civil Rights Movement in 1968. It is nearly impossible to see these images of injustice and not be moved to anger, not only by the obvious evil but also because of how common they are. I would argue that anger is probably a Biblical reaction. In Scripture, we see that God cares about justice and is disgusted by injustice.  As his children, we should be, too.

The question is, how are we to act as believers during these days of turmoil? If you know me, you probably know that racial injustice is something I care about deeply. Part of the reason I am so invested in fighting racism, discrimination, and prejudice is that about ten years ago I realized I was racist. Since then, the Lord has helped me to repent of this sin and to speak out against it as often as I could. So when I see blatant racism and injustice, I am often very outspoken. This time around, as I was considering the current situation and how I should respond, I found a passage from the book of James particularly helpful.

In his letter, James, the brother of Jesus, tells us:

“Know this, my beloved brothers: let every person be quick to hear, slow to speak, slow to anger; for the anger of man does not produce the righteousness of God.” (James 1:19-20, ESV)

Let us be quick to listen

James tells us that we should be quick to hear, and I believe that especially during this season, we would do well to listen to him. I know we are all tempted if not pressured to weigh in on what’s going on, but might I suggest we resolve to be quick to listen?

As you have probably seen already in multiple posts on social media, Dr. Martin Luther King Jr. said, “Rioting is the voice of the unheard”.

Though violence and destruction are not necessarily the correct answer, as we see the riots around the country, we would do well to ask what it is that has led to this point and try to understand the frustration. The black community in America feels like they have been muzzled for decades and have not been heard. So instead of criticizing or telling them how we think they should feel and act, how about we take some time to listen? Proverbs 18:13 says, “If one gives an answer before he hears, it is his folly and shame”. So let us listen and learn. Are we going to agree with everything? Probably not, but at the very least we will certainly learn from listening and grow in empathy.

Let us be slow to speak

James then tells us to be slow to speak. Notice he doesn’t tell us we shouldn’t speak. The Christian faith is vocal by nature, especially towards injustice. What James tells us is that we should be slow to speak. Elsewhere Paul tells us to speak the truth in love, so while we will inevitably feel pressured to speak up, let us make sure our speech is seasoned with love and truth.

At the same time, let us not be quick to jump at others that may not be expressing outrage or lamenting in the way we would want them to do so. Many people might be taking action in ways that are not visible on social media.

As we do speak, let us remember how words and sometimes our silence can affect our witness. Before speaking out in anger or responding to those we disagree with on social media, let’s ask ourselves how that interaction will affect our witness. Will it point people to Christ or merely to the tribe we identify with?

Let us be constructive with our anger

In verse 20, James tells us that the anger of man does not produce the righteousness of God. Notice he mentions the anger of man specifically, but not all wrath is sinful. As believers, injustice ought to move us to righteous anger towards injustice. The Gospel makes room for anger - righteous anger, anger that leads to justice and peace. Righteous anger will lead you to prophetically speak out in love against injustice, suffering, and oppression; but Biblical anger isn’t an end in itself. Righteous anger will lead to change and good works. So a good way to determine if our anger is righteous is by looking at the fruit it brings. Is your anger leading to repentance, peace, change, and restoration? Or is your anger leading to isolation, outrage, and division?

Let us educate ourselves as we listen

One of the silver-linings of this season of turmoil is that God is exposing ignorance in our hearts, if not willful complicity with the injustice in our land. So many are trying to educate themselves and learn so they can be part of the solution. Here are just a few resources I’ve found helpful in the last few years. I’m still learning and have a long way to go, but these resources all have helped me greatly.

“Letters From a Birmingham Jail” by Martin Luther King Jr.

“The Color of Compromise” by Jemar Tisby

“One Blood” by John Perkins

“Divided by Faith” by Charles Smith and Michael Emerson*

“Between the World and Me” by Ta Nehisi Coates

“Born a Crime” by Trevor Noah

“ColorFull: Celebrating the Colors God Gave us” by Dorena Williamson

“God Made Me and You” by Shai Linne

“The Warmth of Other Suns” by Isabel Wilkerson

Preachers to listen to:

The Color of Compromise - Jemar Tisby

These are only a few resources, but please let us be quick to listen. Let’s educate ourselves and recognize we don’t truly or fully understand.

(*At this specific moment, we would encourage you to listen to black voices in the church primarily, but we have included some non-black writers and speakers whom we have marked with an asterisk.)