Category: Voices From the Church During the Crisis 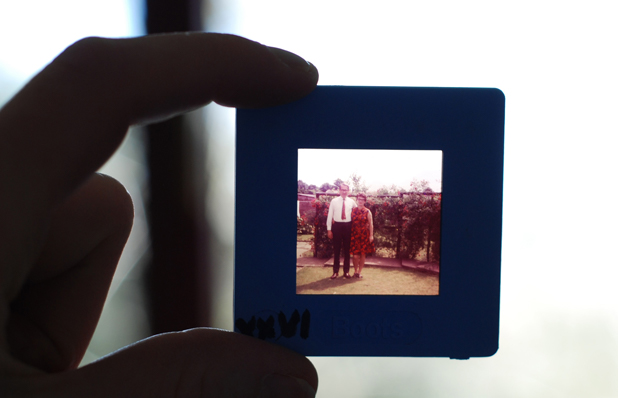 Guilty as charged! It’s not just something you (hopefully never) hear in court. It’s something that you roll around in your mind until you are under the burden of it.

I was inspired by Arden Kohout’s excellent article on Mom Guilt. I remember those days. I didn’t raise my four children during a pandemic, but still there was plenty of guilt, frustration and feelings of failure – some real and some imagined.

Turning babies into upstanding, God-fearing adults is a daunting task, but it’s also a privilege and the most rewarding thing I’ve ever done. Thanks be to God who provides all we need to prepare them and who is the one in charge of it all anyway! There is something about launching your little humans into adulthood that is quite fulfilling, especially on the other side of that launch when they are functioning adults who give you grandchildren.

I cannot say that I always look at my current situation as a caregiver in that same light. Many times, it doesn’t feel fulfilling at all. To be quite honest, it is often a struggle for me.

A big part of being the caregiver to aging parents is helping prepare them for their last days. Preparing them for their ultimate death. I don’t like this job, but it has provided some amazing times with people whom I love.

For the last nine years, Bob and I have been caring for elderly parents in some capacity. In early 2011 his mom died. That threw us into a new season. By Thanksgiving of that year, we moved Bob’s nearly blind father from Maryland into an assisted living facility (ALF) near us.

My parents lived close-by. They were still mostly independent, but little did we know what the next few years would hold.

Having my father-in-law, Dale, here brought challenges. A lot of them were emotional ones. I tended to feel guilty when I’d spend time with him and wasn’t spending time with my parents, especially my mother. But Dale had needs that had to be met by someone outside of the ALF, and since I did not work outside of our home, I happily became that someone.

In the nearly three years that he lived here, he went from limited eyesight to blindness. He came here using a cane, progressed to a walker, and then a wheelchair. My responsibilities for him included taking him to doctor appointments.

He loved going to the doctor. One day he told me he needed a colonoscopy. You can imagine my surprise that a 90-year-old man who could barely move around wanted this procedure. I was thankful he couldn’t see the look on my face. I mean – I’ve had this procedure and the prep alone is not for somebody with mobility issues. I’ll leave it at that.

“Dad, I don’t think you could handle the prep. You’re not getting a colonoscopy,” I told him. “Something’s got to kill you!”

In his last two years he declined rapidly, but during that time I had the privilege of leading him to the Lord. Praise God!

There were countless falls which meant we had to check on him, take him to the doctor, or meet at the hospital. He got many UTIs, which most hospitalists seemed to think were dementia. Bob and I had to advocate for him that his mind was sound.

One time the doctors would not listen to us and administered drugs that made him worse and we had to discharge him against the doctor’s advice. We wondered if we could be charged with elder abuse. That was risky, but we had an advocate helping us.

He recovered, but then his ALF said he couldn’t return due to too many falls. We had to find him a new home. He couldn’t live with us. He was an unsteady, six-foot, 180-pound, blind man. I was exhausted and at the end of my ability. More guilt.

Meanwhile, my father’s eyesight was deteriorating. My mom continued to care for him, but it was taking a toll on her. The conflict of who to spend time with brought more guilt.

Dale died in 2014. By the next year, my dad was becoming more needy. As I drove him to appointments, I tried not to yell at him as he would tell me what lane to get in and coach me. Sometimes I felt like I was losing it. I worried about my mom and didn’t know how to handle the role reversal.

Add to that – all I really wanted was time with my children and grandchildren. Plus, I wondered if Bob and I would ever have time to ourselves. I still wonder about that. I felt guilty on every level.

In 2017, we moved my parents into our home with us. Six weeks later, Dad died. My mother continues to live with us, and I still occasionally deal with feeling guilty.

I asked some friends who were a little ahead of me how they handle the responsibilities of caring for aging parents.

The consensus – “We live with a feeling of low-lying guilt.”

That was a mixed bag of an answer. On the one hand, it was nice to know I wasn’t alone. But on the other hand, guilt is not one of the fruits of the Spirit.

In my case, as I prayed about it, by God’s grace I came to realize that I was feeling the weight of being “the one” for my mom. None of my siblings live here. She had been so engrossed in caring for my dad for so many years that she was literally cut off from other relationships. I was feeling consumed.

God showed me that part of this was not guilt but something “off” in our lives. I don’t think people should be the only person in anyone’s life, if at all possible. We are not and cannot be responsible for another’s well-being and happiness. He has been gracious to lead us into new relationships for my mom.

How about you? Are you living with low-level guilt? God doesn’t want us to live that way. He has provided a life abundant. It doesn’t bring him glory when we walk around listening to those guilt-producing lies that we don’t do enough.

Romans 8:1 reminds us, “There is therefore now no condemnation for those who are in Christ Jesus.”

Also, if you realize you have feelings of guilt swimming around in your brain, apply 2 Cor 10:5b, which reminds us to “take captive every thought to make it obedient to Christ.” (NIV) I like the idea of making my thoughts obedient to Christ. That is life-changing.

In short, take that guilt to Jesus – the giver of life.